Zelensky calls for ‘preventive action’ against Putin, warns not to wait ‘for the nuclear strikes first’ 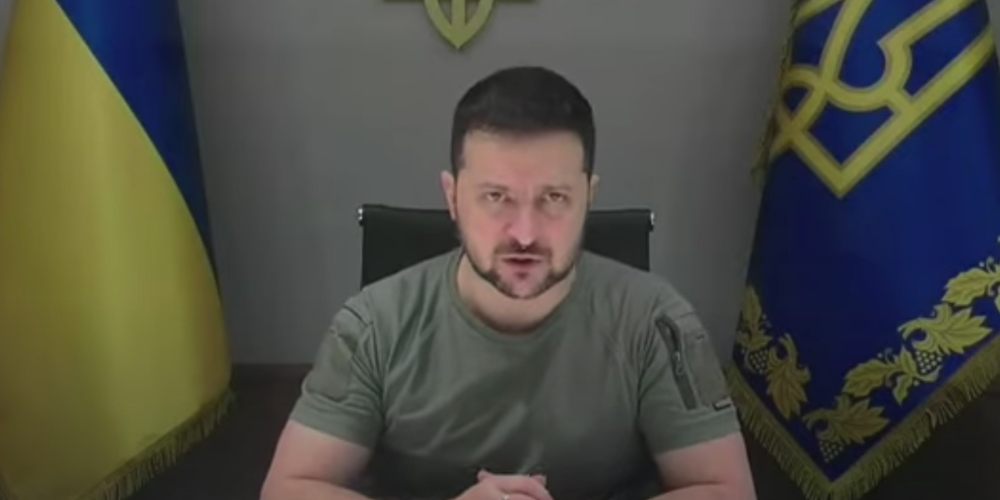 On Thursday, Ukrainian president Volodymyr Zelensky addressed members of the Lowy Institute in Australia, appearing virtually from his office in Kyiv.

He detailed the continuing struggle of the Ukrainian people and urged his allies to take “preventive strikes” against Putin.

During a Q&A session with Executive Director Michael Fullilove, Zelensky was asked what he would like NATO to do in response to recent threats from Putin.

“What NATO has to do to prevent or deter the use of nuclear weapons by Russia,” Zelensky replied, is take “preventive strikes, preventive action” so that Russia would get a sense of the consequences were they to deploy nuclear weapons.

He cautioned against “waiting for the nuclear strikes first,” saying it would be foolish for the international community to take action only after Putin had made his move.

“There is a need to review the way that pressure has been exerted,” Zelensky added.
He went on to warn that because Russia is an authoritarian state, it has the capability of “acting faster than any democracy in the world.”

Zelensky’s comments were taken by many to suggest that he was calling on the international community to preemptively nuke Russia, with the view gaining so much traction that presidential press secretary Sergii Nykyforov was forced to issue a statement of clarification.

“Colleagues, you have gone a little too far with your nuclear hysteria and now you hear nuclear strikes even where there are none,” Nykyforov wrote in a translated Facebook post.

“To blackmail the world with explosions … and to all hint at the use of nuclear weapons is afforded only by the terrorist state Russia,” he continued. “You will never hear such calls from Ukraine.”

Last week, Putin said in a speech that, “those who try to blackmail [Russia] with nuclear weapons should know that the prevailing winds can turn in their direction,” leading many to worry about what the world’s reaction would be if threats were actually acted upon.

Speaking at a dinner on Thursday night, President Biden further warned that Putin was “not joking” about the potential use of nuclear weapons,” adding that any use of such weapons would lead to “armageddon.”

“First time since the Cuban missile crisis, we have the threat of a nuclear weapon if in fact, things continue down the path they are going,” he said. “We are trying to figure out, what is Putin’s off-ramp? Where does he find a way out?”