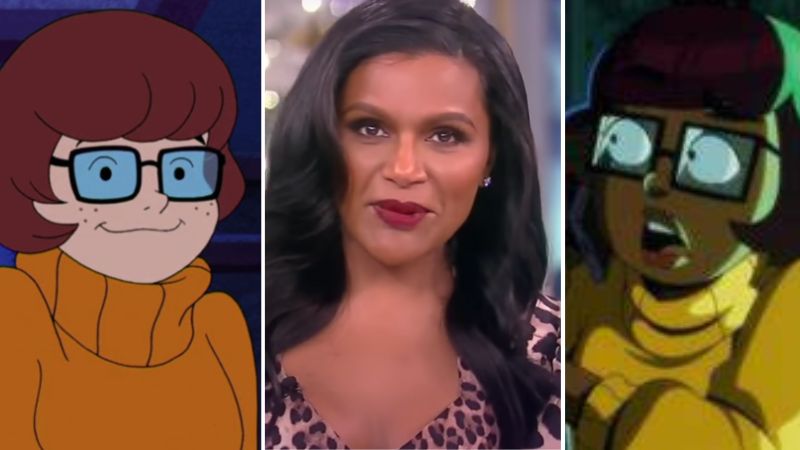 On Thursday, streaming service HBO Max premiered Velma, a new “adult animated comedy series,” focused on the Scooby-Doo character Velma as voiced by Mindy Kaling and the show has been criticized as an insult to fans, uncomfortably sexual in tone given it's about teenagers, and has been met with overwhelming jeers as it sits at a 9 percent fresh rating on Rotten Tomatoes and a 2.5 out of 10 on IMDb.

One user on Rotten Tomatoes wrote, “absolutely bad. absolutely bad. The Scooby-Doo franchise didn´t deserve such cruelty” and another noted, “Unnecessarily sexual, especially for what has always been a children's show; Usually there was enough appropriate innuendo for adults to find humor, but this one really misses the spot. Sad that they always have to ruin an already successful program instead of just creating their own show.”

One user on Twitter said, “So far, Velma is as embarrassingly bad as we all predicted it would be. It has nothing humorous, original or inciteful to offer, and the only time it surprised me was when it was occasionally even worse than I'd predicted. Don't even bother hate-watching it. It's not worth it.”

Others on Rotten Tomatoes said “I can't make sense of the series” and “It's a Velma show… without Velma.”

The show's description promises a closer look at the “brains” of the Scooby gang, but one Twitter user noted that the show's creators were not nearly as good at math as the show's namesake.

“I’m not saying this be a hater for the new Velma show but DAMN they fucked up that quadratic formula.”

As Variety notes, much of the Scooby gang's ethnic makeup has been changed for the sake of diversity. “Velma is Indian American, Norville (Shaggy) is Black, and Daphne appears to be of Asian descent, though she’s the adopted daughter of married lesbian detectives Donna and Linda (Jane Lynch and Wanda Sykes). Only Fred retains his identity as the boy next door in the all-white neighborhood, and much is made of his privilege throughout the series,” the outlet reports.

As for Fred and his white privilege, according to the Daily Mail, Fred is portrayed as “a personification of mediocre white richness with ‘teeny widdle privates'.”

Kaling herself said at Comic Con last summer, “I think of the characters in this as so iconic, but in no way is the gang defined by their whiteness, except for Fred.”

Many also noted how much sexual  content was in the show, which revolves around minors One user on Twitter wrote, “The velma show being set in highschool and being this sexual is so crazy when you know Mindy Kaling made the sex lifes of college girls. like Just set it in college wtf??”

Another user said, “Bottom line, it’s not the mystery gang. It feels hollow, and it’s another show about high schoolers (Velma is FIFTEEN here) doing drug and getting in sexual situations because it’s an ‘adult' show.”

“My only real thought on ‘VELMA,' just from the trailers, is that it does not seem to come from a place of loving (or even at all enjoying) the source material. It’s a strangely mean-spirited twist with *seemingly* no effort made to understand its own basis or fandom,'” another tweeted.