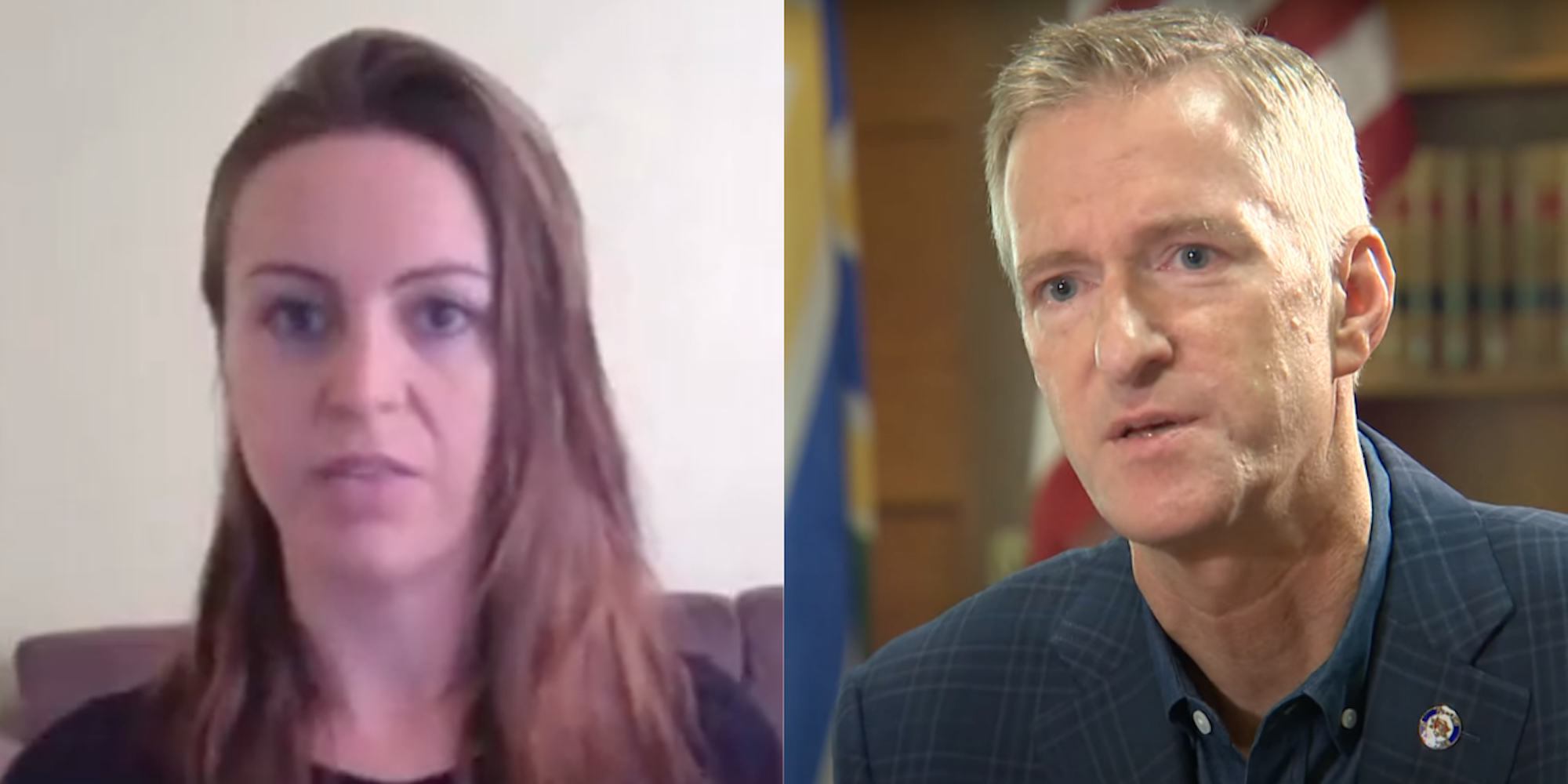 Over the past few years, homeless encampments in Portland, Oregon have grown to unprecedented levels, leading to increased unease among the city’s residents.

During a recent city council meeting, Portlander Gillian Rose called on Democratic Mayor Ted Wheeler to take the issue seriously, however he simply laughed off her concerns that the encampments posed a safety risk.

According to FOX News, Rose called the encampments “dangerous,” pointing out that they “had human feces, open drug use, and … piles of trash just spilling out into the streets.”

“I'm angry, and I’m sad, and I’m fed up,” she told Wheeler during Wednesday’s city council meeting. “I'm so sick of having politicians pander to the woke agenda that’s been nothing short of an epic failure.”

“Please admit to failure, and start doing the right thing,” she urged. “Stop wasting our money, and destroying our beautiful city, and please start being leaders.”

“Thank you, you made your point emphatically clear,” Wheeler replied, failing to hold back laughter as he spoke.

Following the interaction, Rose spoke to FOX News about Wheeler’s conduct. “It was really hard to hear,” she said of the mayor’s laughter, “and I think that it proved my point, that I don’t feel like they’re taking it seriously and that they care.”

“I don’t think this is funny at all, this is a nightmare,” she added. “Portland is in real trouble, and we don’t feel safe.”

So long as leaders continue to turn a blind eye and blame everything but their own policies, the crisis is sure to only get worse.