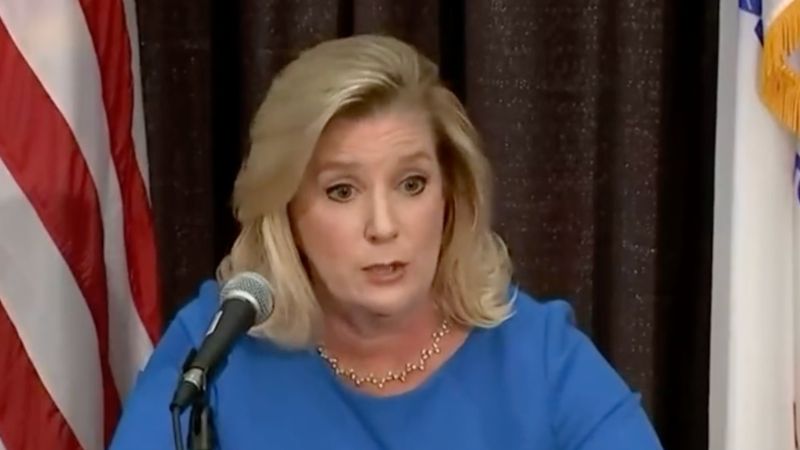 In a news conference with United States Army officials on Monday, Army Secretary Christine Wormuth said that she is “not sure what woke means.”

Addressing the press, Wormuth said, “what I would emphasize is I think, more broadly in terms of, you know, soldiers coming from marginalized communities or, you know, demographics that are not widely represented in the army, that’s part of why we’ve got to emphasize positive command climates and inclusion.”

“You know, we get criticized, frankly, sometimes, for being woke. I’m not sure what woke means,” she continued.

“I think woke means a lot of different things to different people. But first of all, I would say if woke means, you know, we are not focused on warfighting, we are not focused on readiness, that doesn’t reflect what I see at installations all around the country or overseas when I go and visit. But I think, you know, we do have a wide range of soldiers in our army, and we’ve got to make them all feel included. And that’s why a lot of our diversity, equity and inclusion programs are important,” she concluded.

Due in part to the Army’s focus on diversity, equity, and inclusion (DEI) in recent years, the Army has fallen short in its recruiting efforts for the most recent fiscal year, bringing in just 45,000 new recruits of an expected 60,000.

In February, the Department of Defense released an article outlining the necessity of diversity, equity, and inclusion in the US military as it looks towards the future.

Citing a lesser number of Americans who qualify for military service, Bishop Garrison, the senior advisor to the Secretary of Defense for human capital and diversity, equity and inclusion stated that “we have to find out ways of getting to a broader talent pool and broader interest groups in order to bring those highly qualified, talented individuals in.”

“I would hope that as many leaders and members of the total force as possible see [diversity, equity and inclusion] efforts as a force multiplier,” he said.

Garrison also stressed that people should see DEI “as another tool in the toolkit and another way of solving these problems.”

He said that they were learning about it to gain “situational understanding about the country for which we are here to defend.”

Milley had also referred to the Capitol riots on January 6, saying that “I want to understand white rage, and I’m white, and I want to understand it. So what is it that cause thousands of people to assault this building, and try to overturn the Constitution of the United States of America? What caused that? I want to find that out.”