‘We were lied to by everyone:’ Ben Shapiro walks back support for Covid vaccine 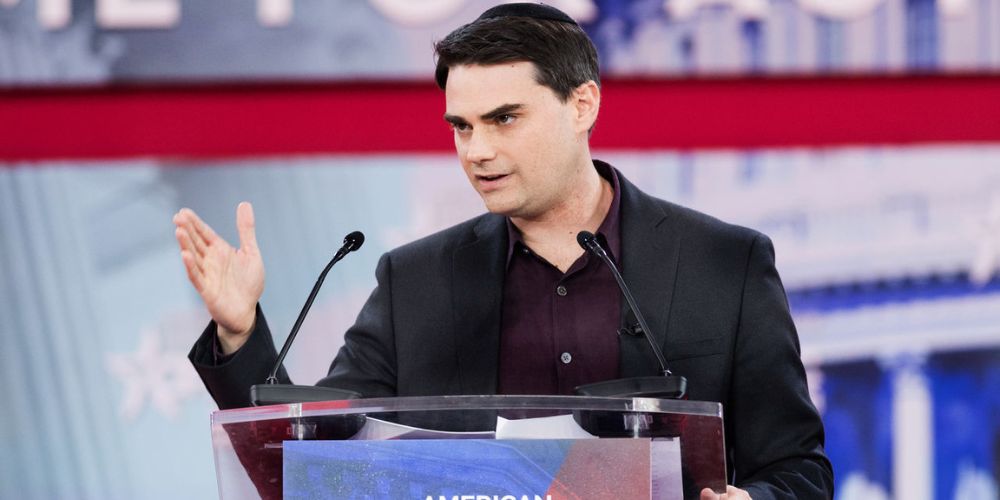 Ben Shapiro, who has been an outspoken advocate for the Covid-19 mRNA vaccines, said during his show on Tuesday that he, like many others around the world, had been lied to regarding the efficacy of the vaccines, specifically with regard to their ability to prevent transmission of the novel coronavirus.

On Tuesday’s episode of “The Ben Shapiro Show,” he said, “It is now perfectly clear that we were lied to. And we were lied to at a very high level and from very, very early on by both the vaccine companies, in terms of the ability of the vaccine to prevent transmission, and … by our politicians who apparently knew better.”

Shapiro’s stated during the episode that part of what changed his stance was after Pfizer executive Janine Small said in an Oct. 10 hearing before members of the EU that the company didn’t know if the Covid-19 mRNA vaccine it had developed would prevent transmission, yet the vaccine was marketed that it would.

The editor emeritus of the Daily Wire also slammed the Biden administration for having that knowledge at the beginning of his term in office yet continued to parrot the narrative that the vaccine would stop transmission of the virus.

Shapiro cited an article published in the Washington Post which suggested that the Biden administration knew by the summer of 2021 that the vaccines “did a far worse job of blocking infection than originally expected, as potency waned … Still, the political imperative remained.”

This from the outlet which previously called the now debunked claim the “most pernicious anti-vaccine talking point,” and used the false narrative to attack Republicans such as Florida Republican Governor Ron DeSantis who claimed early on that the vaccines “are not preventing infection.”

Former White House COVID response coordinator Dr. Deborah Birx admitted in July that she had known that the Covid-19 vaccines “were not going to protect against infection,” and added, “we overplayed the vaccines.”

Shapiro stressed that the false narratives could undermine Americans’ faith in medical institutions and their government saying that when “it turns out these things are lies … people’s distrust in the institution is going to skyrocket.”

During the episode, Shapiro noted that the push for Americans to get vaccinated was based on the claim that there was “robust data on the lowering of the risk of death, particularly if you were old and vulnerable, from baseline COVID,” and that the case was “fairly strong” given the large amount of Americans who are obese and a large amount of elderly in the population.

Additionally, Shapiro said that the government and medical experts made the case, “largely on the basis of Pfizer claims and Moderna claims,” that taking the vaccines would lower transmission rates which would, in turn, slow the spread of the disease and bring an end to the pandemic.

Shapiro also cited how the media used big pharma’s claims “because that was the available data.” He cited the data as the reason he chose to get double vaccinated, as well as advocated for others to do the same through his show and social media. Shapiro said that if he had the correct information today he was unsure if he would have gotten vaccinated given that he is not in an at-risk category for the virus.

From the initial rollout of the vaccine, Shapiro has been a staunch opponent of vaccine mandates and reiterated it during the episode. He has also said that parents’ reluctance to have their children vaccinated against COVID was “entirely justified,” given that “COVID risks to children are extraordinarily low.”

He concluded by demanding that “everybody who’s involved in this sort of stuff” be thrown out of office and that those in the private sector who were complicit “need to be fired.”

Shapiro, who is a graduate of Harvard law, added that “there may need to be actual criminal prosecutions if you are disseminating false health information to people on the basis of zero evidence.”

Shapiro’s comments also come after the New York Supreme Court ordered that New York City reinstate all public employees that had been fired due to the city’s vaccine mandate with backpay, with the court order stating, “being vaccinated does not prevent an individual from contracting or transmitting Covid-19. As of the day of this Decision, CDC guidelines regarding quarantine and isolation are the same for vaccinated and unvaccinated individuals.”