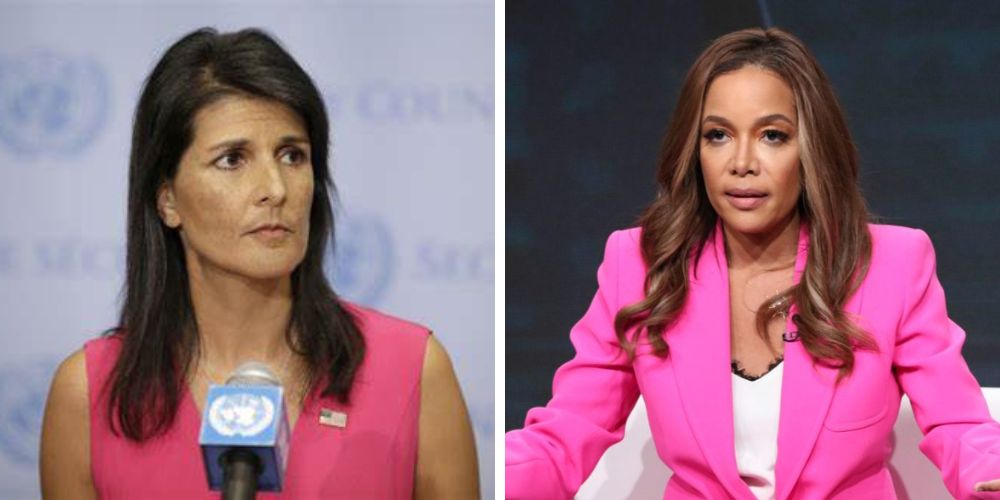 Nikki Haley slammed Sunny Hostin on Tuesday after “The View” co-host accused the former UN ambassador of “running from her heritage.”

On Tuesday’s episode of the talk show, during a discussion on potential 2024 Republican presidential candidates that could challenge President Joe Biden, Alyssa Farah Griffin mentioned Haley as a possible candidate and called her an “incredibly effective governor in South Carolina.”

Hostin responded by describing Haley as a “chameleon” and asked, “what is her real name again?” a dig at Haley’s Indian heritage. Haley’s parents both immigrated to the US from India and was given the name Nimarata Nikki Randhawa. She later married Michael Haley.

Griffin responded that there are many people in media and the country that do not go by the name they were given at birth. The co-hosts then began arguing over each other.

Hostin added, “I think if she leaned into being someone of color, this would be different. There’s some of us that can be chameleons and decide not to embrace our ethnicity so that we can pass, that we don’t have to go by—”

Co-host Sara Haines interrupted and pointed out that Hostin herself doesn’t go by her real name, Asunción Cummings “Sunny” Hostin.

Hostin is not the only “The View” host who uses a nickname. Whoopi Goldberg’s real name is Caryn Johnson.

Hostin’s comments were quickly labeled as “racist” on social media.

Haley responded in a Twitter post, “Thanks for your concern, Sunny. It’s racist of you to judge my name. Nikki is an Indian name and is on my birth certificate – and I’m proud of that. What’s sad is the left’s hypocrisy towards conservative minorities. By the way, last I checked Sunny isn’t your birth name.”

Haley’s spokesman Ken Farnaso also called out Hostin on Twitter writing, “Are we really going to play this [trashcan emoji] game, @Sunny? Nikki is an Indian name that means ‘little one.’ It’s @NikkiHaley’s middle name on her birth certificate. You should know better than this—you don’t even go by your first name,” he wrote on Twitter, attaching a picture of Hostin’s Wikipedia page.