WATCH: Jen Psaki says Democrats will lose if the midterms are a ‘referendum on the president’ 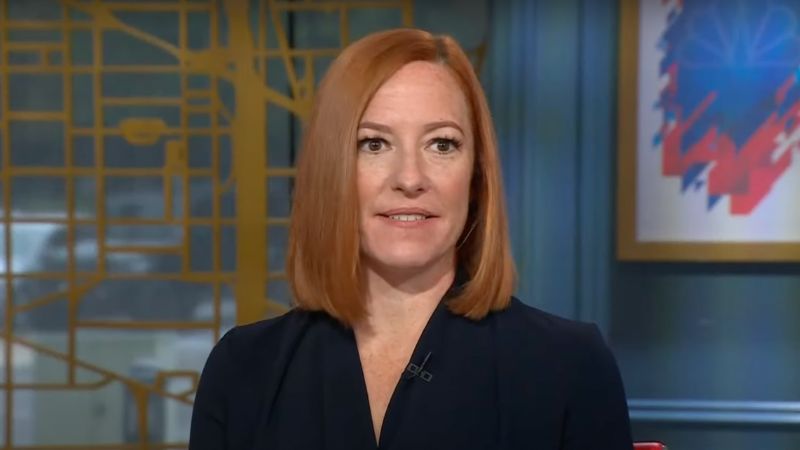 On Sunday’s episode of Meet the Press, former White House Press Secretary-turned-NBC Contributor Jen Psaki told host Chuck Todd and his panel that if the upcoming midterm elections are a referendum on Biden, then Democrats will lose.

“If it is a referendum on the president, they will lose and they know that,” Psaki said. “They also know that crime is a huge vulnerability for Democrats. I would say one of the biggest vulnerabilities.”

Democrat-led cities have experienced record high crime levels in the past two years, especially following the “defund the police” movement that began in 2020. As a result, many have fled these Blue cities and states, leaving their downtowns barren of human activity, and moved to safer, more affordable locations, most of which are in Republican led areas.

“If you look at Pennsylvania, for example, what’s been interesting to me is it’s always, you follow the money and where people spending money,” said Psaki.

“And in Pennsylvania the Republicans have been spending millions of dollars on the air on crime ads against Fetterman because that’s where they see his vulnerability,” Psaki said of the Senate race in the Keystone State. GOP nominee Doctor Mehmet Oz is running a tight race against Lieutenant Governor John Fetterman.

Fetterman, who suffered a stroke in May, has a soft-on-crime record.

Psaki added, “So yes, the economy is hanging over everything. But you do have to look at state by state factors and crime is a huge issue in the Pennsylvania race.”

Psaki noted earlier in the segment that she thought Democrats would win if they made the midterms a referendum on the GOP’s “extreme” side and highlighted Marjorie Taylor Greene, who survived multiple swatting attempts in August.