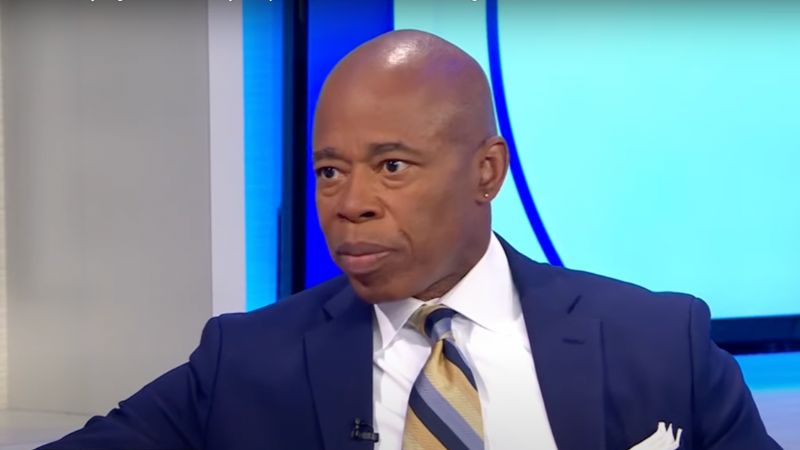 On Monday, New York City Mayor Eric Adams told Marcia Kramer on the CBS show “The Point” that he is considering housing illegal immigrants on cruise ships in light of his failure to house them within the city.

“We’re looking at it,” Adams said after Kramer asked if it was “really a possibility” to move the illegal immigrants to cruise ships docked around New York City.

Adams is considering the tactic after nine more buses arrived from Texas on Sunday bringing about 50 illegal immigrants on each bus.

According to the New York Post there has been a ramp up of buses arriving each day. Full-time facilities are at capacity and the city has opened 23 emergency shelters and there are still not enough beds for the arriving border crossers.

On Wednesday Mayor Adams said that the time has come to reconsider NYC’s historic “right to shelter” laws as he could not handle the influx of illegal immigrants being bused from Texas.

No matter the burden, it’s NYC law that if someone arrives at a designated city facility seeking shelter, they must be housed by the next morning.

In April, Abbott  contemplated on a way to manage and relocate the masses of migrants flooding into Texas. He promised to bus border crossers to blue states whose leadership supported open borders, such as Democrat Eric Adams’ NYC.

“In addition to Washington, DC, New York City is the ideal destination for these migrants, who can receive the abundance of city services and housing that Mayor Eric Adams has boasted about within the sanctuary city,” Abbott said of Adams. “I hope he follows through on his promise of welcoming all migrants with open arms so that our overrun and overwhelmed border towns can find relief.”

Prior to the Texas governor sending migrants to NYC, the Biden administration had been quietly doing the same thing. Adams said on July 21 that he could not handle a recent increase of 2,800 migrants into NYC’s homeless and public welfare programs and that it was a real “burden” to the already “overburdened shelter system.”

A record high number of 1,659,206 illegal immigrants crossed America’s sothern border in 2021 and there have been more than two million encounters in the 2022 fiscal year. Month after month, hundreds of thousands of migrants pour into the United States illegally, mostly into Texas in Biden’s humanitarian border crisis.