WATCH: Biden laments loss of ‘abortion rights’ for women in his ‘house’ 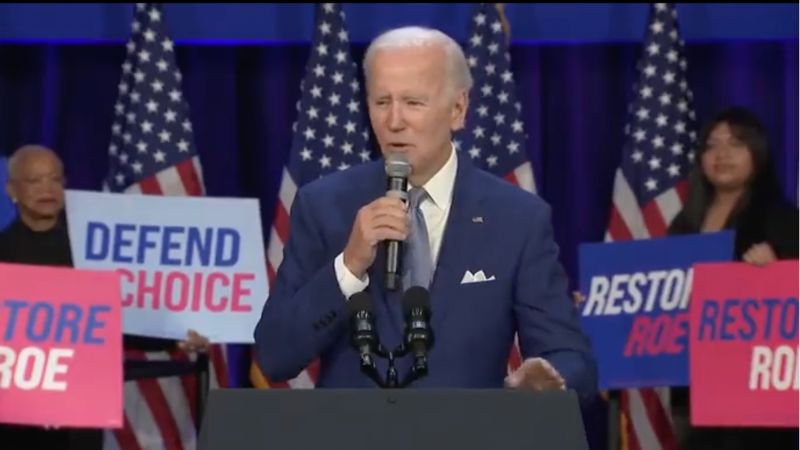 During a speech on Tuesday marking 100 days since the Supreme Court overturned Roe v Wade, turning decisions regarding abortion back to the states, President Biden said that the entire country “lost a fundamental right.”

In regards to the June decision, Biden said, “nearly 50 years later, on June 24 of this year, the court issued the Dobbs decision. Women all across the country, starting in my house, lost a fundamental right.”

During his speech, Biden said that he hopes to sign a bill codifying Roe v Wade by the 50th anniversary of the Roe decision, which was issued on January 22, 1973. Biden’s hopes to do so weigh on whether Democrats can maintain their lead in Congress following the election.

“Together we'll restore the right to choose for every woman in every state in America,” Biden said. “We can do this if we vote.”

According to USA Today, Biden vowed to veto any legislation that comes from a new, Republican-led Congress that would ban abortion nationwide.

“If Republicans get their way with a national ban, It won't matter where you live in America,” Biden said. “So let me be very clear. If such a bill were to pass the next several years, I will veto it.”