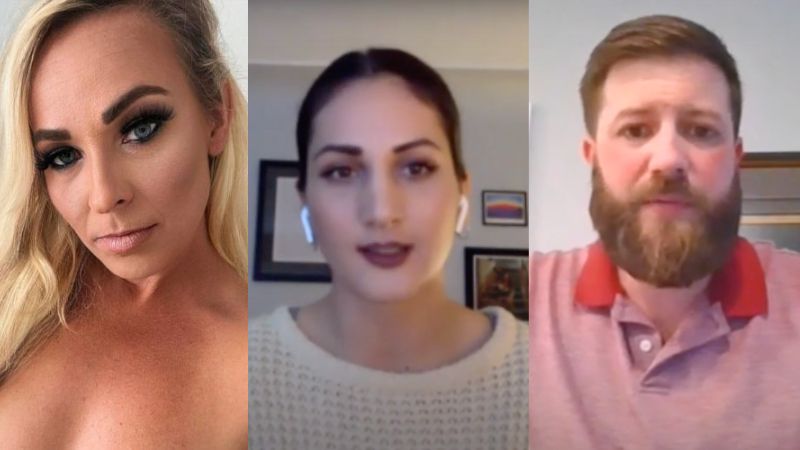 On July 27, a youth program teacher with Biden’s Department of Defense, Sarah Juree, was fired from teaching because she was moonlighting on OnlyFans, posting fully nude content of herself on the internet for any subscriber. The story originally broke at the conservative news site Real News Michiana by the site’s Editor-in-Chief Clifton French.

On Friday, a “social justice” contributor for Vice, Anya Zoledziowski, wrote, “A single mom who set up an OnlyFans account to supplement her income was fired from her teaching job earlier this year after her employer found out about the account. Soon after, and possibly relatedly, a blogger posted photos from the OnlyFans account without her consent.”

OnlyFans is a subscription-based online platform where users sell original content and a large portion of that material is pornography. Although the material is accessed through a paywall, the user, such as Sarah Juree, consents to photographing herself nude and then uploading her content to the social media site.

Unlike an iCloud hack or revelations from person-to-person interactions, an OnlyFan user actively creates nude content of themselves and posts it for anyone on the internet, so long as they subscribe.

French first reported on Juree on June 6 and revealed the teacher of mostly 5th graders was posting her nude material on OnlyFans. In response to the piece, Juree said that she would be filing a copyright lawsuit. She continued to blast the outlet and the reporter on social media, writing on her Instagram that “this man is trying to get me fired from my teaching job and humiliate me all over social media.” She was fired within days of the article.

Juree also lied when first contacted by French, saying her site was “clean.” After his first article was published she tried to obtain an order of protection against French, which was quickly dismissed. Further, she lied while trying to get the order, saying French posted her nude photographs on facebook.

According to Zoledziowski, Juree had to turn to making and selling sexual images of herself becuase of her “modest salary of $55,000 per year” which was not enough to support her two children in South Bend, Indiana where she worked at the Department of Defense’s STARBASE program.

Zoledziowski said that French “posted photos from her OnlyFans account on his blog” and “included images that she was selling behind her OnlyFans paywall” and the “blogger maintains that he didn’t post nude photos.”

Zoledziowski wrote without clarifying until nearly the end of the article that French obfuscated Juree’s nudity in all of his reporting.

“A man, who appears to have been her husband until 2018 was convicted of Child Molestation in 1998 and spent 3 years in prison,” French reported. Juree did not make any comments on this allegation.

“Shortly after VICE News sent the blogger a detailed list of questions about allegations he had harassed Juree online, he proceeded to publish this reporter’s email, photograph, and portions of her resume on his blog,” Zoledziowski wrote.

Zoledziowski’s photograph, bio, and email are not particularly well hidden on the internet as they are accessible by clicking her name which accompanies the piece she wrote about Juree.

“How do you respond to allegations that you outed Sarah Seales?

“Seales said that you harassed her. How do you respond to that?

How do you respond to allegations that you’ve also targeted other people in the community, including people who identify as LGBTQ?

French responded in detail to Zoledziowski and offered a phone call follow-up with additional information, which she ignored before publishing her piece on Juree.