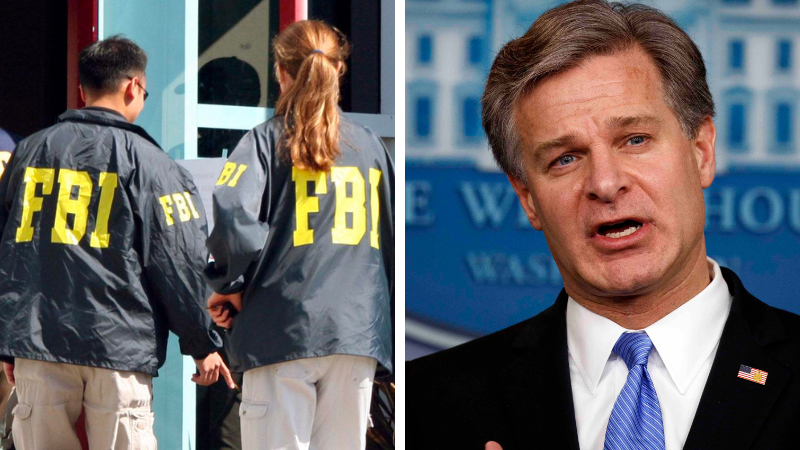 Biden's Department of Justice admitted on Friday, via a motion for a protective order, that there were federal informants with the FBI working within the Oath Keepers organization. Members of that group have been charged with “seditious conspiracy” stemming from the Capital riot on January 6.

Now, as the trial of Oathkeeper Stewart Rhodes and four co-conspirators is set to begin on Tuesday, attorneys for the defendants have filed a counter motion, saying that “none of the [confidential human sources] provided evidence of guilt on the part of the Oath Keepers as an organization, or the individual defendants in this case.”

“The Defendants are before this Court with their liberty interests at stake,” the filing reads. “The Government has paid individuals to gather information and evidence about the Oath Keepers and the Defendants,” some of that material has been used to build a case against the defendants. “Although the Government has disclosed to the defense—only after being ordered to do so by this Court—the activities of five CHSes [confidential human sources], it has communicated to defense counsel that only one will be called to testify as a witness at trial.”

“With its Motion for Protective Order,” the filing continues, “the Government has now liften the veil on its use of CHSes in this face, a fact that has been concealed from public knowledge…”

While the motion states that the government had good cause to keep the identities of the confidential human sources protected, the filing states that it was “only recently disclosed” to defendants that “none of the CHSes provided evidence of guilt on the part of the Oath Keepers as an organization, or the individual defendants in this case.”

However, the indictment against Rhodes references the “Rhodes Plan,” which is what the government is calling the method by which the Oath Keepers allegedly “organized themselves into a conspiracy to use force to prevent the lawful transfer of presidential power in January 2021 or corruptly interfere with the electoral vote certification by Congress or both.”

This is despite the fact that none of the federal informants “reported the existence of any such ‘Rhodes Plan,' and they have all denied having known any information about a ‘Rhodes Plan' when questioned by their FBI handlers after January 6, 2021.”

The motion notes that either the supposed “Rhodes Plan” was so secret that Oath Keeper leadership didn't even know about it, or that it didn't exist in the first place.

Defendants, the motion states, “are entitled to examine the totality of the Government's investigation and prosecution for the purposes of undermining the jury's confidence in the work done and the conclusions reached by the agents and prosecutors over the court of the past 20 months.”