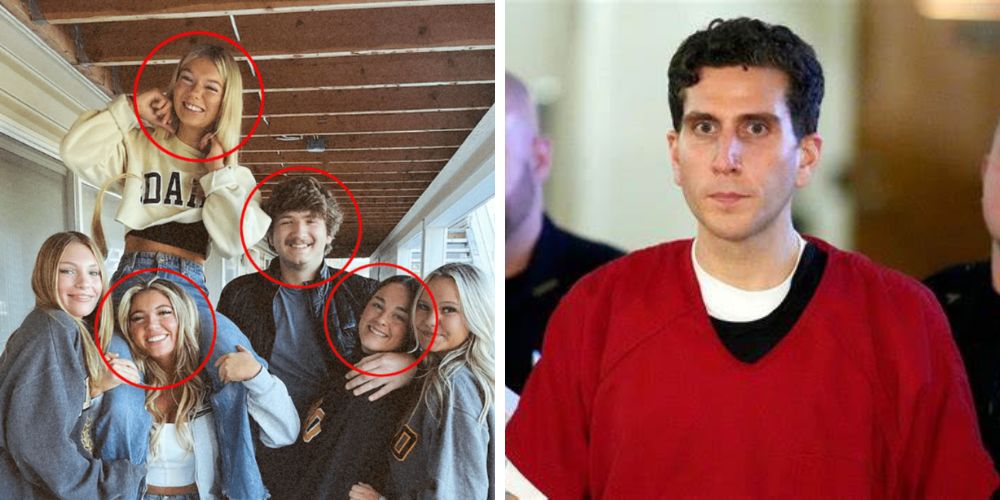 The suspected University of Idaho killer Bryan Kohberger reportedly sent Instagram messages to one of the college students found dead, but she never returned them just weeks before the four students were killed in their beds.

An investigator familiar with the case told People Magazine, “He slid into one of the girls’ DMs several times but she didn’t respond. Basically, it was just him saying, ‘Hey, how are you?’ But he did it again and again.”

The anonymous source said the messages were sent in October but did not disclose the name of which of the girls Kohberger messaged.

The source added, “She may not have seen them, because they went into message requests. We’re still trying to determine how aware the victims were of his existence.”

“There’s no indication that he was getting frustrated with her lack of response. But he was definitely persistent.”

Kaylee Goncalves, Madison Mogen, Xana Kernodle, and Ethan Chapin, all students at the University of Idaho were found stabbed to death in their off-campus house on Nov. 13.

Kohberger, 28, who was pursuing a doctorate in criminology at nearby Washington State University at the time of the murders, may have been motivated by a possible “incel complex,” according to a former FBI investigator Pete Yachmetz who told the New York Post, “The murders may have been… an effort to assert some type of dominance.”

“I believe a continued stabbing of a victim indicates… an uncontrollable rage and extreme anger,” said the former agent and security expert, noting that Kohberger, has been described as “socially awkward with a long history of interpersonal problems” by former friends and classmates.

“I think he may have developed a sort of incel complex,” he added.

“Incel” refers to men who consider themselves to be “involuntarily celibate” as they have no luck with getting romantic or sexual encounters with women and the term was popularized on online forums dedicated to blaming women for their problems.

The suspect also reportedly followed the Instagram accounts of all three girls on the platform and the messages from Kohberger’s account were sent around the same time that authorities allege that he was stalking the victims. Kohberger’s cellphone data pinged in the same location as the four students weeks before the murders.

Earlier this month, a woman took to TikTok to detail a date that she reportedly had with the suspect seven years prior.

“We matched on Tinder, we talked for a couple of hours and then he was like, ‘Hey, you want to go to the movies with me tonight?' I was like, sure. So we went to the movies,” said the woman, who identified herself as Hayley.

Hayley said that the two went to see a movie, and then Kohberger drove her home. “I thought he was just going to drop me off, but that was not the case. He kind of invited himself inside,” she said, adding that Kohberger picked out a Netflix movie for the two to watch.

Hayley said that “he kept trying to touch me. Not like inappropriately, just trying to tickle me, and like rub my shoulders and stuff and I was like ‘why are you touching me?'”

He “got super serious” and she said, “He's like ‘I’m not,' and I’m like, ‘you are though,' and he’s like, ‘I'm not touching you.' Kind of trying to gaslight me into thinking that he didn’t touch me, which is weird.”

She went into the shared dorm restroom, with Kohberger reportedly following her. Hayley said “I just thought that was weird.” To escape the date, Hayley “proceeded to pretend to throw up” because she “was not into” the date.

She said, “It wasn’t because I was scared of him or thought he would hurt me if I asked him to leave. It was just mostly because I’m socially awkward. I didn’t know how to ask him to leave.”

Hayley continued to fake vomit until Kohberger reportedly wrote to her via the Tinder app that he was leaving. Haley claimed he later told her via the app that she had “good birthing hips.”

Kohberger has been charged with four counts of first-degree murder and a count of felony burglary in the quadruple homicide and a preliminary status hearing for him has been set for June 26.