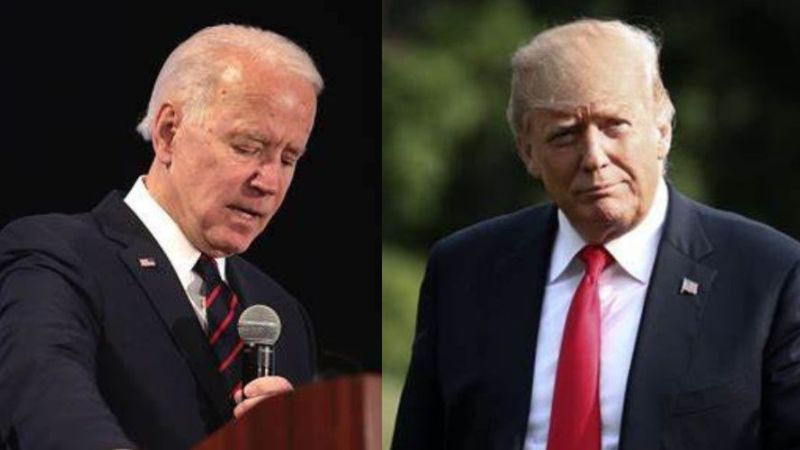 A new poll out of Iowa on Friday has former President Donald Trump beating President Joe Biden by 8 points in a 2024 potential face-off.

According to the Hill, the Emerson College poll found that 47 percent of likely Iowa voters would go for Trump while 39 percent said they wanted Biden in 2024.

10 percent said they wanted someone different and 5 percent claimed to be undecided.

The same poll found that Biden had a 34 percent approval rating, closely matching the number of those who would vote for him. A larger 56 percent of those polled said they disapproved of Biden's job as president.

In March, 16 percent of Biden voters said they would have voted differently if the Hunter Biden laptop story was not suppressed by the media and big tech.

By May an Associated Press-NORC Center for Public Research poll found that just 39 percent of adults in the US approved of Biden’s performance as president.

In July, a New York Times/Siena College poll found that a majority of Democrats do not want Joe Biden to seek reelection in 2024. In a closer breakdown of the numbers, only 1 percent of voters between 18-29 years of age “strongly approve” of Biden's performance.

Biden did have a bump last month in the polling via a Wall Street Journal poll that had him up on Trump by 6 points.

By September, Biden's polling numbers were plummeting again and, according to a Politico-Morning Consult poll, hit 41 percent.

His current low 30s approval matches what his polling showed in January.

959 likely voters participated in the Emerson College poll, which was conducted October 2-4 with a margin of error of 3.1 percent.