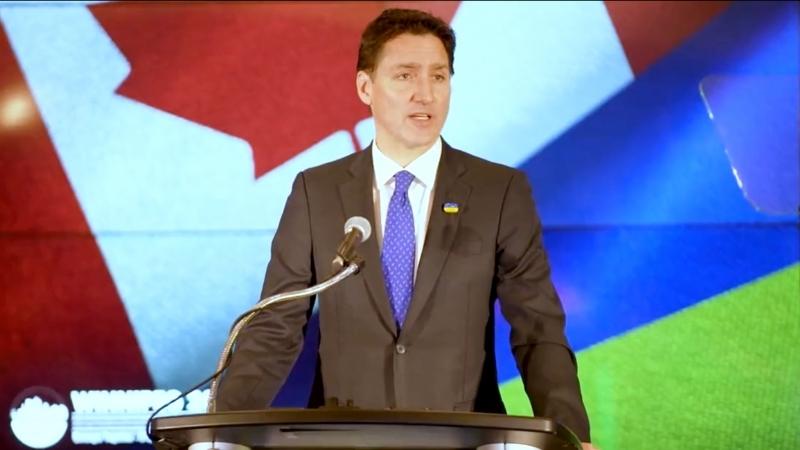 Prime Minister Justin Trudeau said he had “nothing to announce” regarding whether Canada intends to send any of its battle tanks to help with war efforts in Ukraine.

Following a meeting of 50 allied defence leaders this week, attended by Trudeau's Defence Minister Anita Anand, a number of nations, including Poland, expressed that they intend to send German-made Leopard 2 tanks to Ukraine, but required approval from Berlin to do so.

Berlin gave Poland that approval over the weekend, an indication that other countries could follow suit.

Canada has 82 German-made Leopard 2 tanks in various states of serviceability, but has refused to state whether they would be willing to send any of them to Ukraine, pending approval from Berlin, CTV News reports.

“We will continue to be there for Ukraine. We have regular conversations with Ukrainian leadership and Ukrainian military to make sure that we're sending them exactly what they need as quickly as possible, and we're going to continue to do that,” Trudeau said when asked about his plans. “We have nothing to announce today, but we'll continue to look at how best Canada can help Ukraine.”

Both Trudeau and Anand have repeatedly pointed to the more than $1 billion in assistance that Ottawa has given to Ukraine since Russia began its invasion in February 2022.

“Canada has been one of the countries around the world that has been the most steadfast friend and supporter of Ukraine. We've sent humanitarian aid, we've sent financial economic aid, and we've sent significant military aid to Ukraine in defending its territory against the illegal and illegitimate Russian invasion,” Trudeau said on Monday. “We will continue to be there for Ukraine.”

Despite the uncertainty that remains surrounding the donation of tanks, former CIA director and retired US General David Petraeus believed that Friday's allied defence leaders meeting showed a “staggering additional commitment and staggering additional unity,” but acknowledged that the work needs to continue.

“Both countries are poised for offensives in the spring,” he said. “We need to do everything we can to ensure that Ukraine is successful in their counter-offensive this spring and can liberate more of the country as they did last fall.”

The group of defence leaders are set to meet again in Brussels next month.