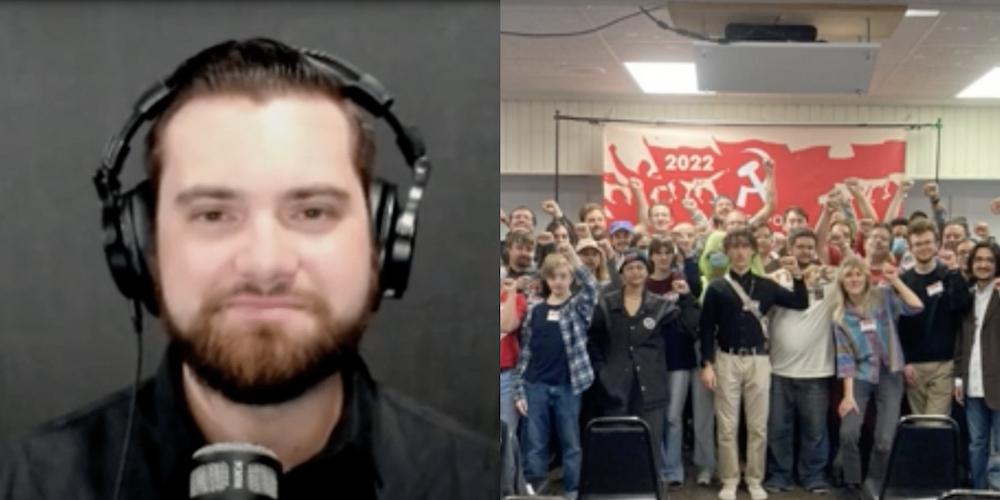 On the latest episode of TPUSA’s “Frontlines,” host Drew Hernandez spoke with undercover reporter Kalen D’Almeida about what he saw when he infiltrated a Marxist event at the University of Minnesota.

D’Almeida revealed that the event went far beyond a simple gathering of like-minded people, alleging that organizers were calling for a “transforming of society,” urging those in attendance to recruit and indoctrinate others in the community.

He went on to call the US’s role in fighting capitalism “pivotal,” noting that if it was destroyed here, it would “crumble” around the world.

As D’Almeida explained, despite calling for revolution, when pressed on how exactly a planned economy would function given the realities of society, attendees had no concrete answer.

“Some of the ideology that they carry and disseminate,” D’Almeida added, “involves waiting for a capitalist society to reach a point in which revolution is possible … and then they take over.”

During his time at the event, D’Almeida spoke with a transgender communist, who bragged about recruiting kids and young adults, indoctrinating them in Marxist ideology.

D’Almeida explained that their targeting of the youth was intentional, since “they know that anyone who’s a little further along in their life with any life experience knows that socialism, communism, doesn’t work and it hasn’t worked anywhere.”

He also noted that at one point, the event took on a religious tone, with people singing along to Marxist hymns in unison. Hernandez went so far as to suggest that it was “literally a cult.”

The event, called the “2022 Marxist School,” was hosted by Socialist Revolution, and was one of five planned in areas known to be “strongholds.” In addition to Minneapolis, the group also planned events in Phoenix, Atlanta, NYC, and Bellingham, Washington.