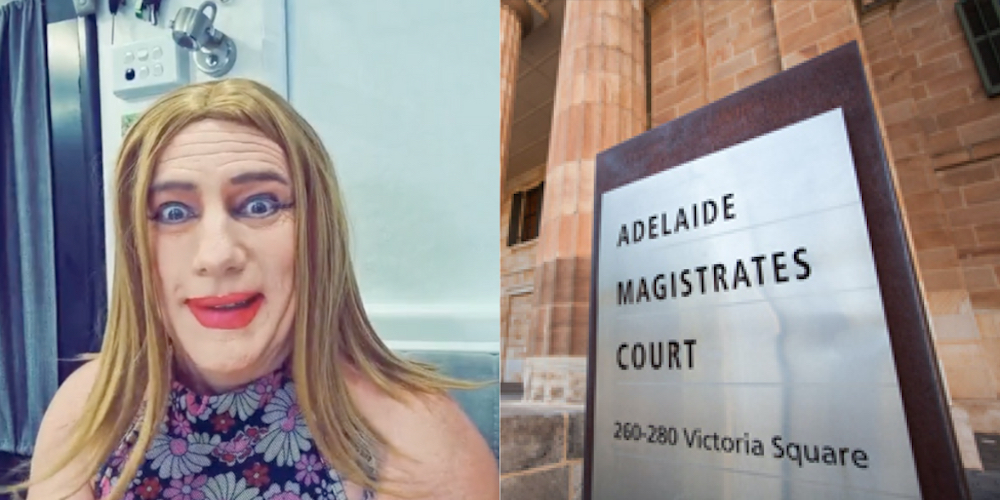 Burton, who was born male but identifies as a transgender woman, has been in jail since June.

According to the Adelaide Advertiser, Burton was arrested on charges of gross indecency, directing a person to sexually manipulate Burton, and producing child exploitation material.

Burton hails from the small Northern Territory town of Coolalinga, however, the crimes are said to have been committed in rural South Australia in 2019.

During the hearing on Thursday, prosecutors requested that the judge adjourn the case for ten weeks to give them an opportunity to conduct an electronic analysis of Burton’s computer.

Burton’s lawyers, pointing out that their client had already been in jail since June, requested that the trial be moved along “as fast as possible.”

In the end, Magistrate Simon Smart sided with the prosecutors, ordering that Burton remain in custody until December when Burton will then have to plead to the charges.

According to Burton’s TikTok, @rachel.queen8008, Burton is “a proud Trans Woman living my best life with no regrets.”

Burton has amassed a following of 36,000 on the app, with videos routinely receiving tens, if not hundreds of thousands of views.

“Oh my God, you guys, there's like literally a penis attached to my body right now. Martha, come look at my penis!” Burton mouths along to a scene from “Jumanji.”

“Is this the first that you've seen it?” Burton pretends to be asked.

Burton’s most-viewed video transitions from Burton’s former self, a thick-bearded man, to now, standing in a dress with a trans-pride flag in the background.