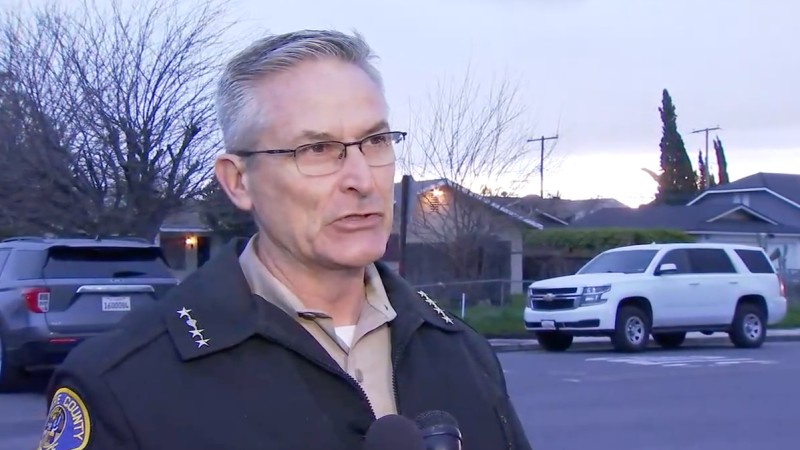 An early morning shooting at a home in central California has left six people dead, including a 17-year-old mother and her six-month-old baby, in what investigators believe to be a gang-related mass murder.

At approximately 3 a.m. on Monday morning, the Tulare County Sheriff's Office began receiving multiple calls about shots being fired at a residence in unincorporated Goshen, just east of Visalia, California, according to a local ABC station.

“The report was that an active shooter was in the area because of the number of shots that were being fired,” Sheriff Mike Boudreaux told reporters on Monday.

Officers arrived at the home to find two victims dead in the street and a third victim shot dead in the entrance.

Three additional victims were found inside, including a man who was still alive but later died in the hospital.

The mother and her baby were found with gunshot wounds to their heads.

The body of an elderly woman was also discovered, having been shot in her sleep.

Investigators believe there are at least two suspects and that there are gang associations invlolved in the murder, which the Sheriff's Office believes is not a random act.

The crime lab and forensics unit are on the scene, and the investigation includes gang detectives as well as homicide detectives.

The Sheriff confirmed that they have additional information that should lead to the suspects but that he is not a liberty to discuss at this point.

One week ago, a search warrant was allegedly conducted at the home in connection with drugs.

The Tulare County Sheriff’s Office is asking anyone with any information about this incident to contact them at 559-733-6218. Tipsters can remain anonymous by calling or texting 559-725-4194 or through email at tcso@tipnow.com.