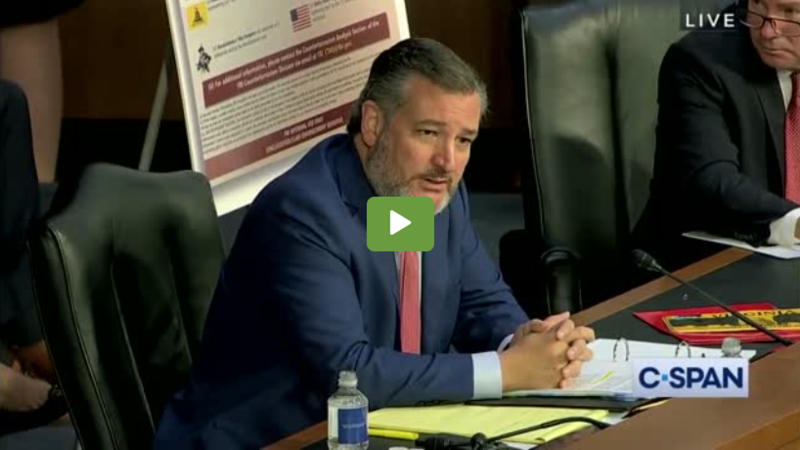 Wray claimed he had no knowledge of the document which Project Veritas revealed cites symbols, phrases, images, events, and individuals that agents should flag when trying to identify potential “Militia Violent Extremists” (MVEs).

Cruz told Wray that the revelations are one example of how the FBI has been “weaponized and politicized” to label everyday Americans as “Anti-Government or Anti-Authority Violent Extremists.”

“I will self-report right now that every day in the Senate I wear my boots that have the Gonzalez battle flag on the back of em,” Cruz said while slamming his boot on the counter and adding “What are y’all doing? This makes no sense.”