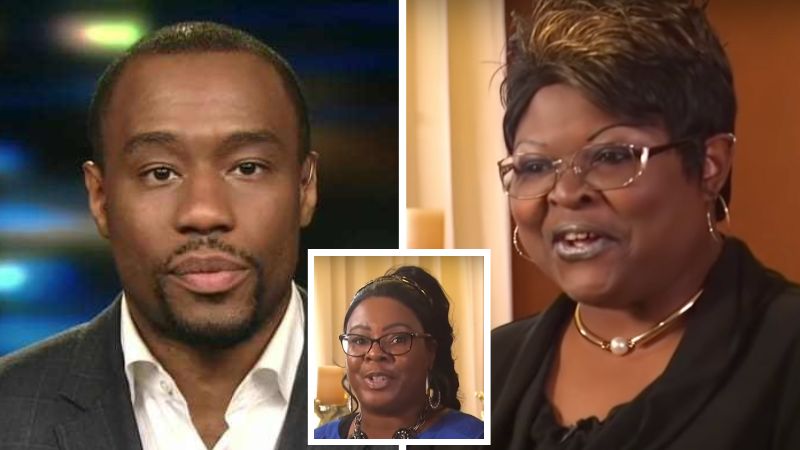 The official Diamond and Silk Twitter account shot down an accusation from television personality Marc Lamont Hill that Diamond was hospitalized with Covid in November and that the duo was fired from Fox News a couple of years ago for spreading misinformation about the virus.

Diamond, whose legal name was Ineitha Lynnette Hardaway passed away on January 9 and the same day Marc Lamont Hill tweeted, “Diamond —of the right-wing, Trump- loving duo Diamond and Silk— has died. In late November, she was hospitalized due to COVID-19. The duo was fired by Fox News a couple years ago for spreading misinformation about COVID-19 and vaccines. You cannot script this stuff.”

Silk, or Herneitha Rochelle Hardaway Richardson, responded on Wednesday morning, and tweeted, “I will NOT allow you or any other MOFO the opportunity to disparage, slander & lie on my sister & I. Where's your proof that my sister was ever hospitalized due to Covid and that we were fired from Fox? Investigate Before You Celebrate! You have until 12 noon today to retract.”

Within hours, Hill jumped to his own defense in a series of tweets, arguing that he was merely sharing what others had said.

“No celebration here. I based my tweets about the hospitalization on news reports. As I noted yesterday, some (like Blavity) have since taken them down. (I have yet to see anyone retract.) Media reports of your firing are in numerous outlets. I was also told this by a Fox exec,” Hill said.

He continued, “I haven't actually heard you say that the November hospitalization for COVID didn’t happen.But if you are saying that, then I accept that. And I happily retract.Regarding Fox, after reading your explanation in your book and countless independent reports, I believe you were fired.”

“But again, if you say that the execs, news outlets, and sources are all wrong, then I’ll retract that too. This feels more semantic than substantive, but I’m not invested enough in it to argue. Especially at a time where you deserve comfort and peace rather than contention,” Hill concluded.

Diamond and Silk, both from Fayetteville, NC, rose to prominence around 2015 for supporting Donald Trump's presidential campaign. They were registered as Democrats in 2012.

On April 26, 2018, they testified at a House Judiciary Committee hearing and called out big tech for social media censorship