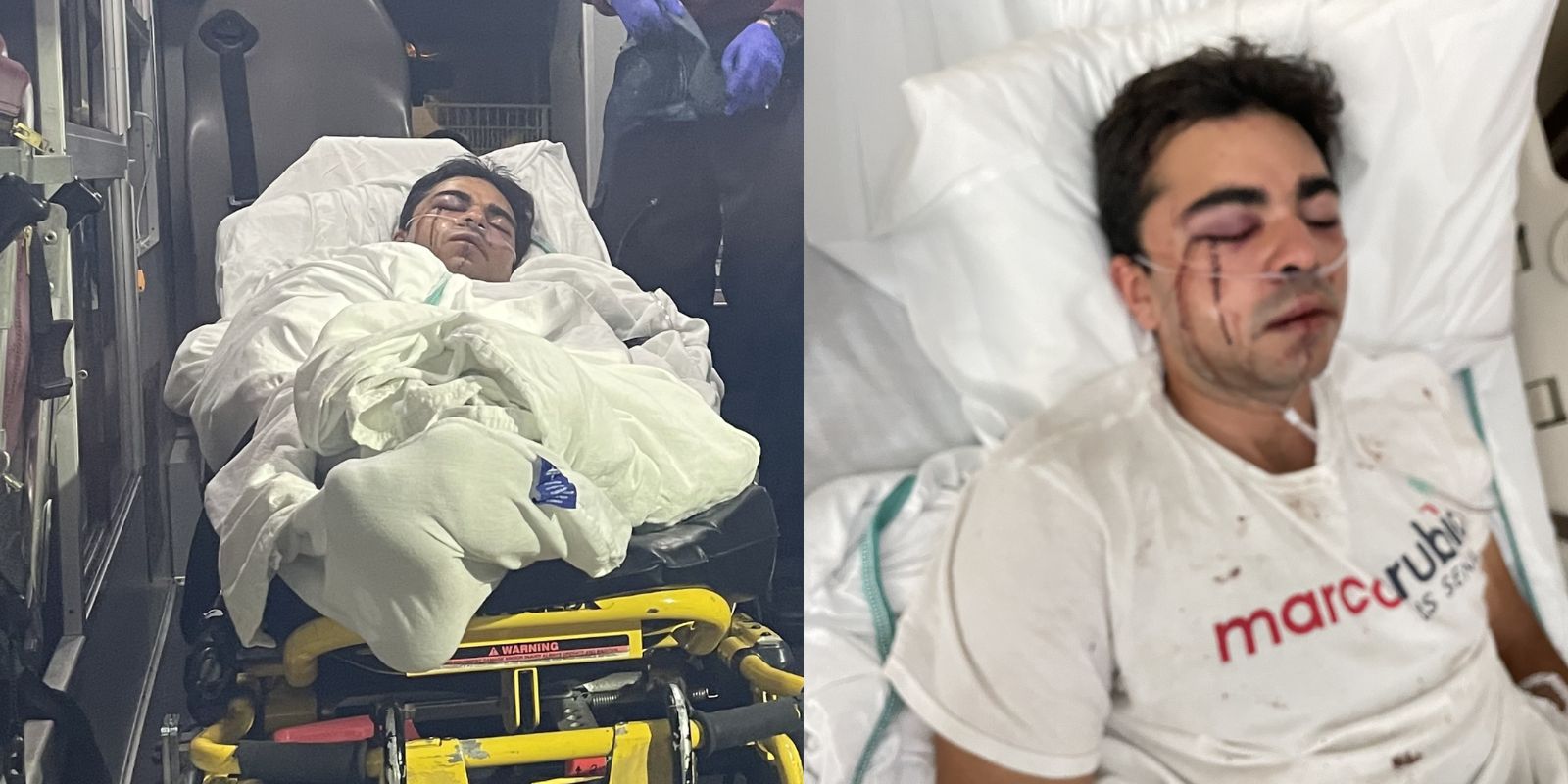 Photos shared by Senator Marco Rubio show that one of his canvassers was beaten, likely what Rubio claims to be a politically-motivated attack.

The Florida senator tweeted the photos on Monday, which show the victim on a stretcher.

“Last night one of our canvassers wearing my T-shirt and a Desantis hat was brutally attacked by 4 animals who told him Republicans weren’t allowed in their neighborhood in Hialeah, Florida. He suffered internal bleeding, a broken jaw & will need facial reconstructive surgery,” the tweet from Rubio states.

Hialeah Police confirmed to the Miami Herald that the man was beaten while handing out fliers, and that an arrest has been made in connection to the incident.

Hialeah Sgt. Jose Torres said the victim was hit “multiple times in the face and the head causing the injuries.”

Torres said that the victim was told he couldn't hand out fliers in the area and that he was followed by the suspect. Javier Lopez, 25, would then strike him repeatedly, causing severe injuries. Lopez was arrested.

Rubio mentioned the incident at an event in Hialeah, saying that not all details were known.

“Sadly, we get the news and we’re still waiting for details. It’s always important to have details. We’re not like these other people that always jump to conclusions, but we know this: Someone wearing a Rubio T-Shirt and a DeSantis hat was walking in a neighborhood not far from here yesterday when four individuals assaulted him, broke his nose, broke his jaw,” and gave him internal bleeding, Rubio said, noting that the man will need facial reconstructive surgery.