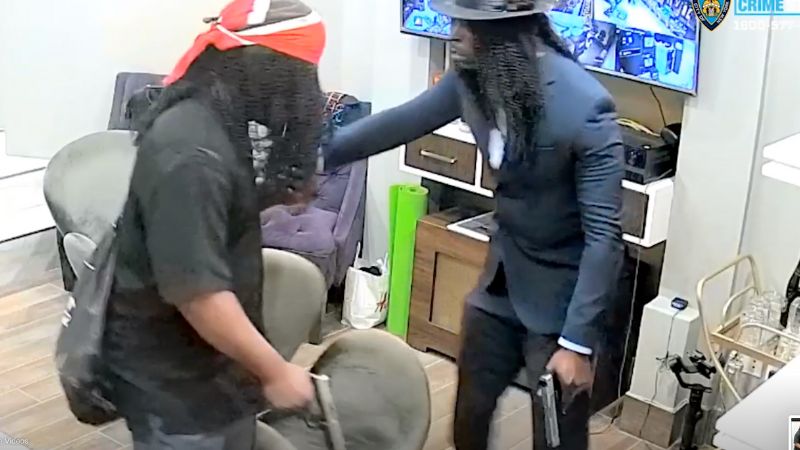 Federal prosecutors from the Southern District of New York urged a judge on Monday to imprison one of the men responsible for a Midtown Manhattan multi-million dollar diamond heist in 2019, Jaysean Sutton, to the maximum sentence and released footage of the incident.

The New York Post reports that the prosecutor said in a sentencing submission, “On camera, Sutton brandished a gun while employees lay bound on the floor. Though the $3.4 million he looted is not a perfect measure of the seriousness of his crime, it is a proxy for the audacity of the crime in the public consciousness”

The footage detailed the ordeal at Avianne & Co jewelry store located in NYC's Diamond District at 74th Street on Aug. 25, 2019. Sutton and two others entered the store and Sutton can be seen wearing a dark-blue suit and a fedora hat. He then pulls out a silver handgun at the store's employees while his accomplices begin looting the merchandise.

Sutton can be seen from another angle directing a zip-tied employee to the safe which was also robbed of its goods.

The Post reports they got away with more than $4 million in merchandise.

“Sutton robbed a jewelry store in Midtown Manhattan in broad daylight and with high-definition surveillance footage rolling,” Assistant US Attorney Alexander Li said and asked for the maximum sentence of 14 years.

Sutton, through his attorney, said he had a hard life, one that “nightmares are made of” and therefore he should not receive a harsh sentence.

In January, Sutton pleaded guilty and the judge will announce his fate on November 3.

According to CNN one of the other men is 27-year-old Pedro Davila. He was arrested in 2019 and is awaiting trial.

The circumstances of the third man are unknown.