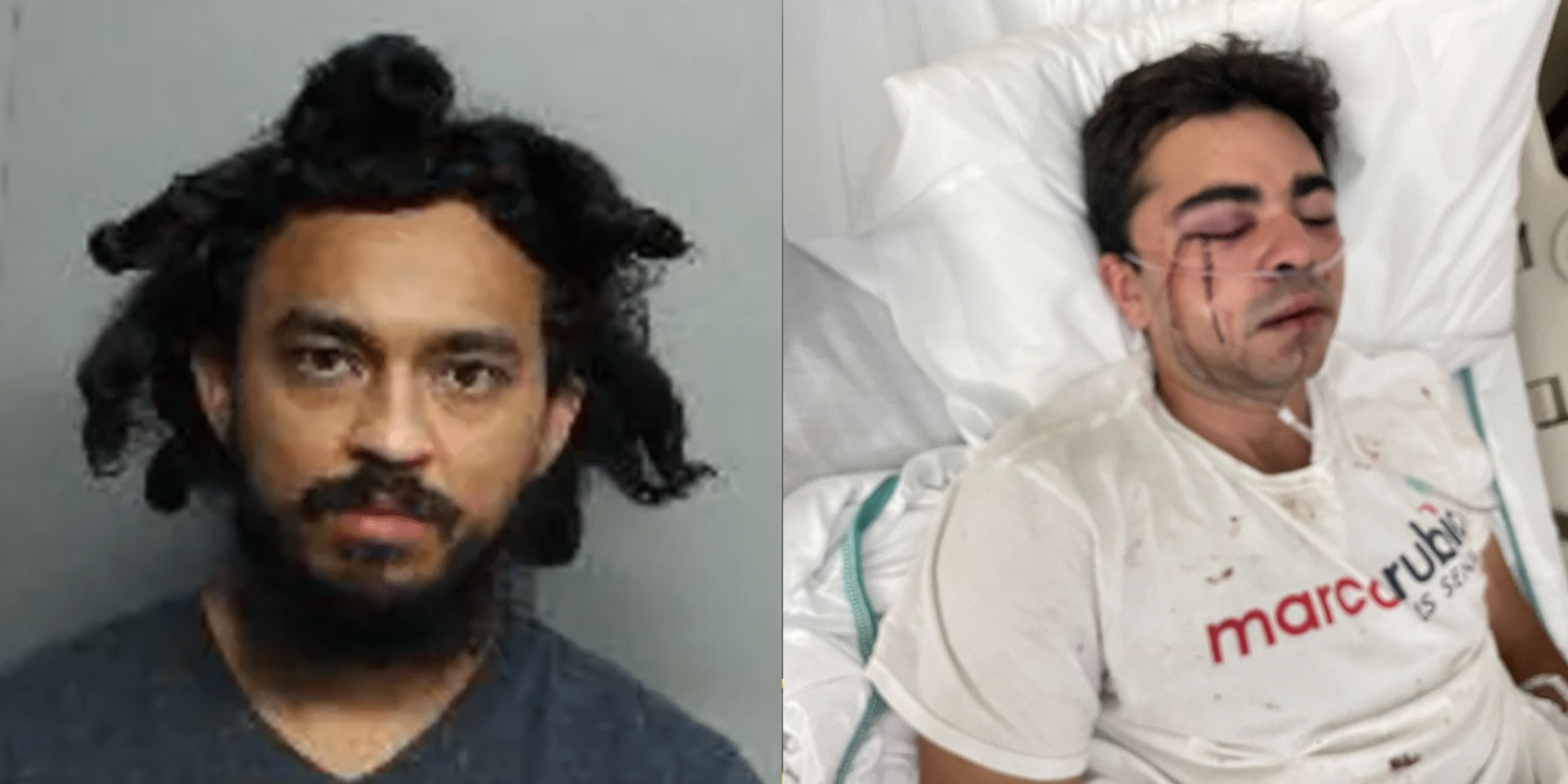 Police in Hialeah, Florida have arrested a second suspect following the attack of Christopher Monzon, a campaigner for Sen. Marco Rubio, on Sunday night.

Jonathan Alexander Casanova was taken into custody on Wednesday in connection with the beating, which left Monzon with a broken jaw and internal bleeding.

Following the incident, Rubio shared photos of Monzon’s injuries, and claimed that the attack was politically motivated.

Rubio noted that at the time, Monzon had been wearing a Marco Rubio t-shirt and DeSantis hat, and was allegedly told by the perpetrators, who he referred to as “animals,” that Republicans weren’t allowed in their neighborhood.

Hialeah Police confirmed that Monzon was beaten while handing out Rubio campaign fliers.

One of the suspects, 25-year-old Javier Lopez, was arrested shortly after the incident took place, and allegedly told Monzon that he couldn’t distribute Rubio fliers in the area.

Four individuals were spotted at the scene, meaning that with Lopez and Casanova now in custody, two suspects remain at large.

On Tuesday, it was revealed that Monzon had participated in the infamous 2017 “Unite the Right” rally in Charlottesville, Virginia, which saw members of the far-right descend upon the city wielding tiki torches and chanting racist slogans.

Monzon was a member of the League of the South, which is designated as a hate group by the SPLC.

“While it is unclear how a Cuban American came to identify as a white supremacist and ‘southern nationalist’,” the SPLC wrote of Monzon in 2017, “it seems apparent that Monzon received some encouragement from his parents, who have participated in League of the South demonstrations, decked out in Confederate battle flags (CBFs) and toting LOS signs.”

Monzon, who remains in hospital recovering from his wounds, claims to have resigned from the group.