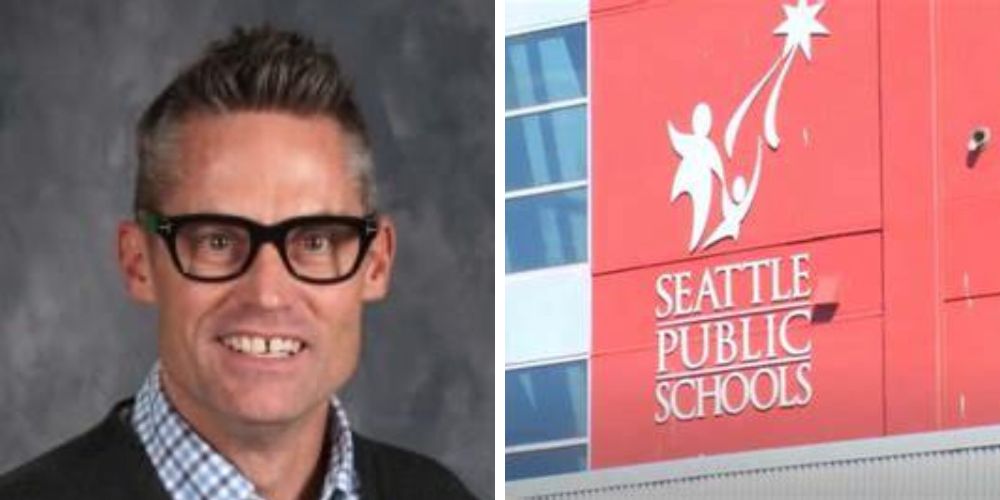 A special education teacher for Seattle Public Schools has been placed on administrative leave after being charged with rape and slapped with a protection order.

According to court documents obtained by The Post Millennial, Darren Daniel Hunter, a teacher at Madison Middle School, has been charged with rape in the third degree.

Charging documents state that on November 9, 2021, the alleged victim, identified only as TA, reported to the Kent Police Department that she had been raped on August 15, 2021, by Darren Hunter.

In a statement to The Post Millennial, Tina Riss Christiansen, Communications Specialist for Seattle Public Schools said that Hunter has been placed on administrative leave. Hunter's information remains on the district's website at the time of publishing. According to public records, Hunter has been teaching for more than 15 years and is paid in excess of $113,00 plus benefits.

The district added in a follow-up communication in response to being asked when Hunter was placed on leave, “On Sunday, September 18, Seattle Public Schools became aware that the employee had been arraigned in February on charges that stemmed from an August 2021 incident when school was not in session. The alleged incident did not involve a minor or take place on school property. The employee was immediately placed on administrative leave on Monday, Sept. 19.”

Hunter was arraigned and the protection order was filed in February 2022.

Court documents stated that TA and Darren met via a dating app in July of 2021, “had a couple of dates, texted back and forth, and spoke on the phone. TA characterized them as texting and talking often. Darren would call her almost every day and they would talk for hours.”

According to the complaint, “Darren expressed an interest in sex and began pressuring TA but she told him it was too soon and they did not know each other well enough. Darren invited her to his house and while she was there they started kissing and then had sex. TA liked it but also found it intense and overwhelming. Darren told her he wanted, ‘us to be an us.' Darren and TA continued to talk and text often. Darren continued to pressure her for more of a relationship, while also flattering her and making her feel special.”

According to the complaint, “They started having vaginal sex and at first TA liked it but felt that it was intense and too rough. Darren grabbed TA by the neck and squeezed, strangling her. Darren released TA's neck and spat violently in her face. TA described feeling shocked, stunned, humiliated, and degraded. She also described feeling overwhelmed and unable to do anything.” 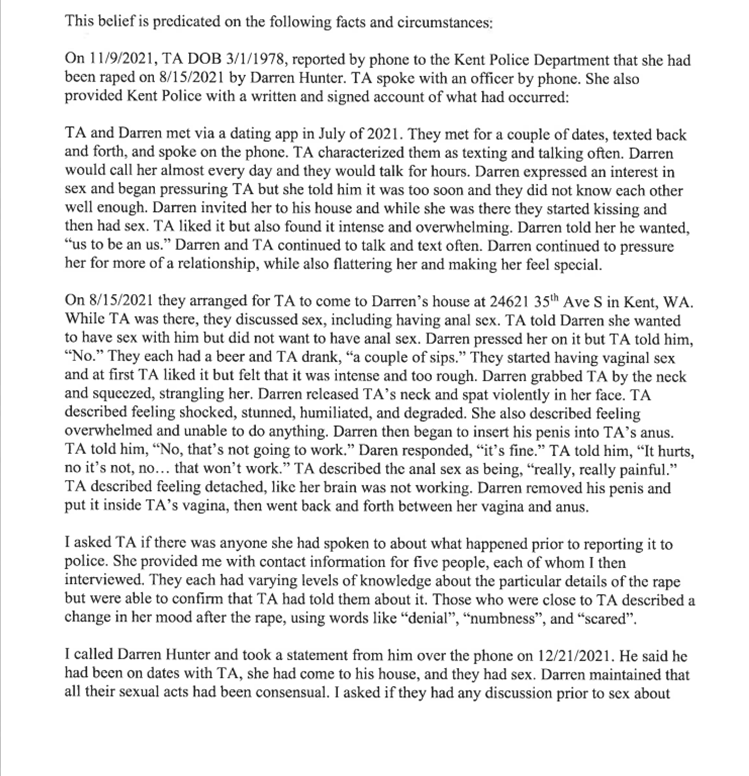 The court documents stated that Darren “then began to insert his penis into TA's anus. TA told him, ‘No, that's not going to work.' Daren responded, ‘it's fine.' TA told him, ‘It hurts, no it's not, no … that won't work.'”

According to the complaint, “Darren removed his penis and put it inside TA's vagina, then went back and forth between her vagina and anus.”

TA provided authorities with contact information for five people who she spoke about regarding the incident, who were all interviewed by investigators, and “each had varying levels of knowledge about the particular details of the rape.”

According to the investigator, “Those who were close to TA described a change in her mood after the rape, using words like ‘denial,' ‘numbness,' and ‘scared.'”

The investigator “called Darren Hunter and took a statement from him” during which he said he had “been on dates with TA, she had come to his house, and they had sex. Darren maintained that all their sexual acts had been consensual.” 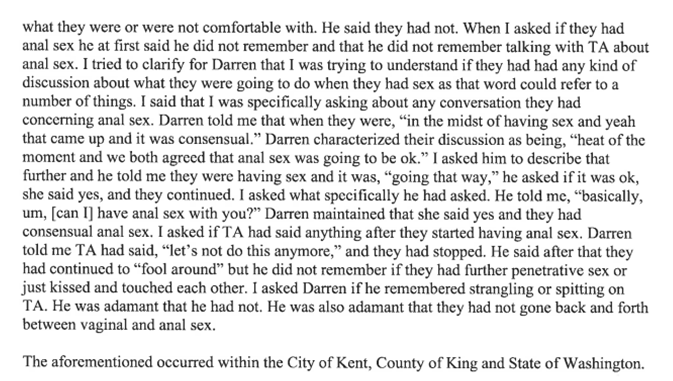 Hunter pleaded guilty to assault in the fourth-degree with sexual motivation on Wednesday and will be sentenced later this year.

The defense provided the King County Prosecuting Attorney’s Office with texts between Hunter and the victim that occurred after the assault. Based on the new information, initial charges of third-degree rape were lowered to fourth-degree.