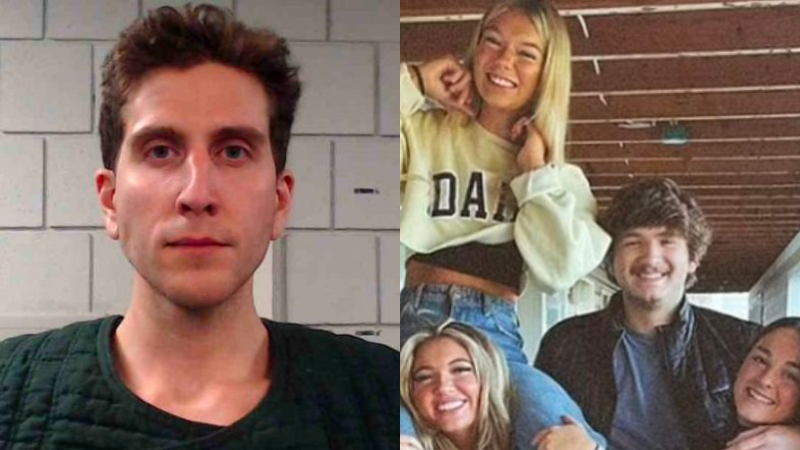 On Tuesday, a Washington court unsealed search warrants for the apartment and office of 28-year-old Bryan Kohberger, the Washington State University PhD student accused of committing a quadruple murder at the nearby University of Idaho.

The documents revealed that while nothing of note was discovered at Kohberger's office, his home was filled with a slew of potential evidence.

Several other items, including “cuttings from an uncased pillow” and mattress covers, were found to have dark red spots or reddish-brown stains.

Kohberger lived alone in the apartment near Washington State University in Pullman, ten miles away from where the murders took place near the University of Idaho's Moscow campus.

Whitman County Prosecutor Denis Tracy elected to unseal the warrants after the details of an extensive probably cause affidavit was released in Idaho.

“These murders appear to have been planned, rather than a crime that happened in a moment of conflict,” the affidavit suggested.

On December 30, the same day the aforementioned search warrants were carried out in Washington, Kohlberger was arrested at his parents' house in Pennsylvania.

Kohberger is facing four counts of first degree murder for the stabbing deaths of Kaylee Goncalves, Ethan Chapin, Xana Kernodle, and Madison Mogen, all of whom were killed in the early morning of November 13, 2022.

Investigators were able to piece together DNA evidence, cellphone data and surveillance footage to track Kohberger down, noting that he had visited the area around the victims' residence at least a dozen times in the five months preceding the attacks. He also allegedly messaged one of the victims on Instagram.