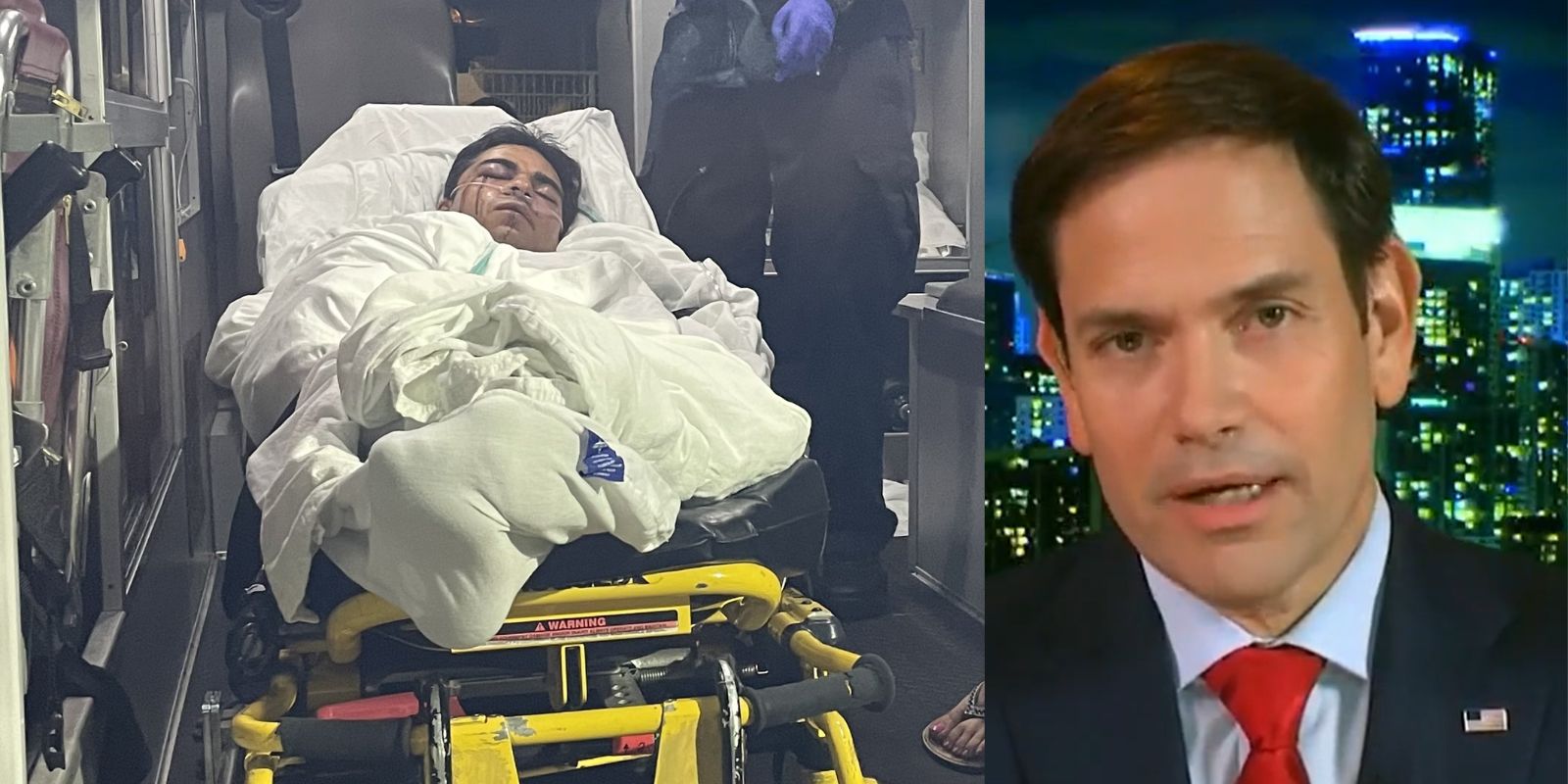 The campaign volunteer who was beaten while wearing Rubio and DeSantis attire has been identified as Christopher Monzon, who was revealed to have participated in the 2017 Unite the Right rally in Charlottesville, Virginia.

Senator Marco Rubio tweeted the photos on Monday, which show the victim on a stretcher. The Florida senator did not mention that Monzon was at the rally and, in a comment from police to Daily Mail, there was “no mention of the political animosity Rubio described in his tweet.”

Hialeah Police Sergeant Jose Torres said that Monzon was told by the suspect, 22-year-old Javier Jesus Lopez, that he could not hand out fliers in his neighborhood.

“The victim, in order to avoid the confrontation walked across the street where he was again confronted by Mr. Lopez,” Torres’ statement continues.

“During the verbal dispute, Mr. Lopez then struck the victim multiple times in the face and head causing the injuries.”

Lopez allegedly punched Monzon “multiple times with closed fists… causing him to have a severe swelling on the right side of his face and his right eye being completely shut… [Lopez] continued striking the [volunteer] on his mouth causing severe swelling and bleeding.”

Lopez has been taken into custody and faces a charge of aggravated battery.

Monzon was a member of the League of the South, which is designated as a hate group by the SPLC, though Monzon claims to have resigned.

“While it is unclear how a Cuban American came to identify as a white supremacist and ‘southern nationalist,’ it seems apparent that Monzon received some encouragement from his parents, who have participated in League of the South demonstrations, decked out in Confederate battle flags (CBFs) and toting LOS signs,” the SPLC wrote of Monzon in 2017.

“Last night one of our canvassers wearing my T-shirt and a DeSantis hat was brutally attacked by 4 animals who told him Republicans weren’t allowed in their neighborhood in Hialeah, Florida. He suffered internal bleeding, a broken jaw & will need facial reconstructive surgery,” the tweet from Rubio states.

Rubio mentioned the incident at an event in Hialeah, saying that not all details were known.

“Sadly, we get the news and we’re still waiting for details. It’s always important to have details. We’re not like these other people that always jump to conclusions, but we know this: Someone wearing a Rubio T-Shirt and a DeSantis hat was walking in a neighborhood not far from here yesterday when four individuals assaulted him, broke his nose, broke his jaw,” and gave him internal bleeding, Rubio said, noting that the man will need facial reconstructive surgery.