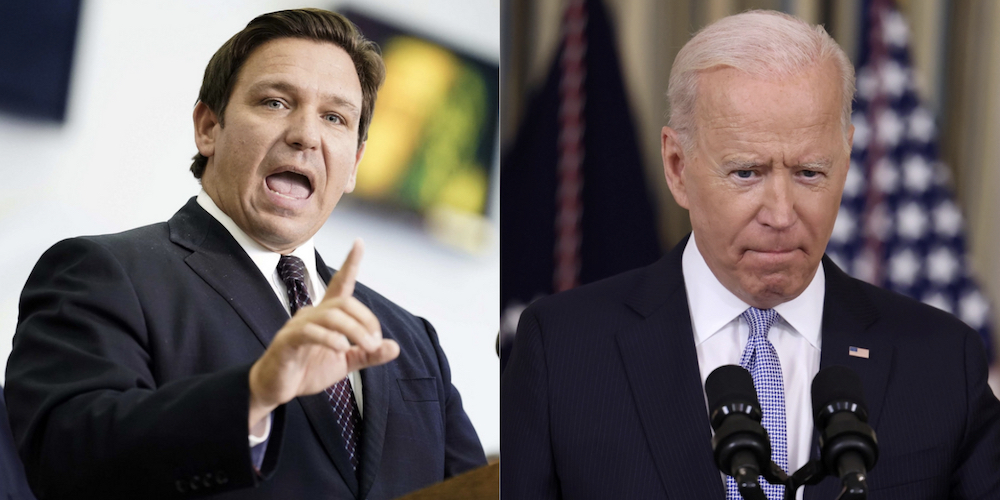 On Wednesday, Hurricane Ian made landfall in Florida as one of the most catastrophic storms the state has ever seen.

According to a news release issued by DeSantis’ office,the Major Disaster Declaration would, if granted, provide “a wide range of federal assistance programs for individuals, as well as funds for both emergency and permanent work and public infrastructure.”

The governor indicated in his request to Biden that all sixty-seven of Florida’s counties, as well as its two Indian tribes, would need assistance, citing the various impacts Hurricane Ian is expected to have across the state.

Along with the Major Disaster Declaration request, DeSantis also called on Biden to, via the Federal Emergency Management Agency, shoulder 100 percent of the costs associated with debris removal and emergency protective measures for the first sixty days, as well as 90 percent of all other categories of public assistance.

In his justification for asking the federal government to take on nearly all the costs, DeSantis cited “the size, strength, and track of the storm,” as well as “the fact that Florida communities are still recovering from multiple events from the last five years.”

During a news conference Wednesday evening, DeSantis noted that when he spoke with Biden the day before, the president appeared willing to “be helpful,” urging the Florida governor to ask for anything his state needed.

“Hopefully we’ll get a favorable response on that,” he added, referring to the aforementioned requests.

DeSantis noted that while there has been structural damage reported in a few counties, the biggest issue thus far has been the “surge” of water coming in, and the flooding that has occurred as a result.

He added that meteorologists believe the surges have peaked, in some areas at twelve feet, and that they will gradually decline going forward.

The conditions have led to widespread power outages, with more expected in the coming days.