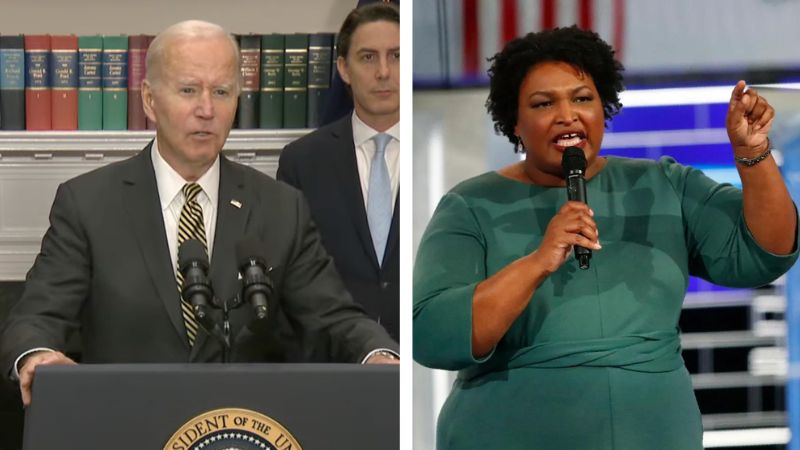 Despite predictions from Democrats that changes in Georgia’s voter laws would result in widespread voter supression, the state is already seeing record numbers in early voting.

Data compiled by the Atlanta Journal-Constitution from the Georgia Secretary of State has revealed that early in-person voting numbers have surpassed, the previous two midterm elections, following the third day of polls being open.

Georgia's first day of early in-person voting set a new record for the state during midterm elections, with more than 131 ballots being cast on Monday, according to CNBC.

In 2021, Georgia passed new voting regulations, requiring, amongst other things, identification to vote, as well as three weeks of early voting, including availability on weekends.

Following the passing of the bill, President Biden called the legislation “Jim Crowe on steroids.”

Back in May, Abrams said that the record-high number of early primary voters had nothing to do with voter suppression and that this suppression is still rampant.

“The question about voter suppression and voter turnout is… correlation without causation. We know that increased turnout has nothing to do with suppression,” said Abrams.

Abrams continued: “Suppression is about whether or not you make it difficult for voters to access the ballot. And in Georgia, we know difficulty has been put in place for too many Georgians who want to vote by mail, who had to figure out a calendar of applying just early enough but not too late, who had to have wet signatures so they could print things out, take a picture, upload it.”

“We know that across the state, counties have taken advantage of county election boards that have shifted their dynamic. In Spaulding County, they eliminated Sunday voting to target a black community that was showing up,” she said.

“We know that across the state voters are still facing difficulties. And this is just the primary. Primary voters tend to be more active and engaged voters. But despite the difficulty, despite the outrage that is legitimate and real, we know voters want their right to vote to be made real and be held sacrosanct and so they are showing up.”

“We know that voter turnout is not proof that there isn't suppression. It is the antidote to suppression, and that's why we're going to keep fighting to make certain every Georgian voter who wants to cast a ballot can do so,” she concluded.