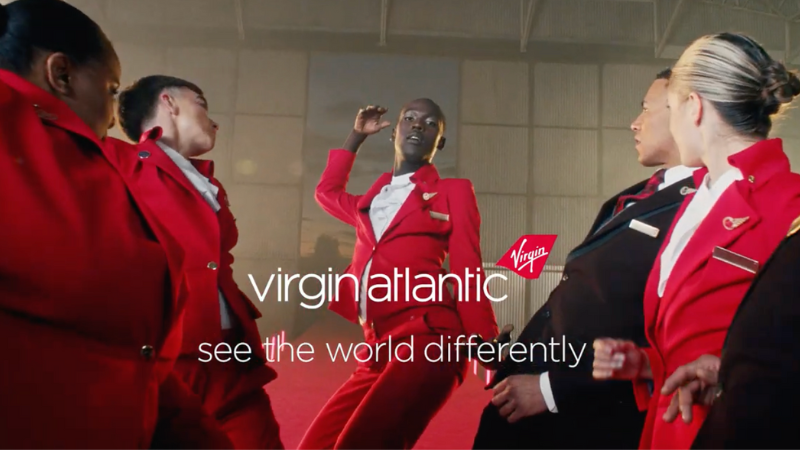 The airline, which disclosed a $916-million loss in 2021, believes offering its staff “a fluid approach to its red and burgundy uniforms” cements its position as “the most inclusive airline in the skies.”

The policy doesn’t just stop at outfits either. It is complemented by the roll out of optional pronoun badges for all its staff and passengers, Virgin Atlantic states, as well as an updated ticketing system which will allow passengers to select a gender-neutral title such as “Mx.” Those holding passports with “gender neutral gender markers” will also be able to select U or X gender codes on their booking.

The promotional video released by Virgin Atlantic shows a group of TV celebrities and LGBTQ activists and influencers prancing about and gyrating in their choice of uniform.

“This policy allows everyone to have a seat at the table,” said non-binary TikTok star Tyreece Nye. “It’s not taking away from anyone, it’s just allowing everyone from the community to just have a voice.”

“The updated gender identity policy is so important to me. As a non-binary person, it allows me to be myself at work and have the choice in what uniform I wear,” said Jaime Forsstroem, a member of Virgin Atlantic’s cabin crew.

“As the mother of a non-binary child and an LGBTQ+ ally, these efforts by Virgin Atlantic to further inclusivity are extremely important and personal to me. People feel empowered when they wear what best represents them,” said Michelle Visage, who was a judge on RuPaul’s Drag Race.

The initiative also includes “inclusivity training” to be rolled out across the Virgina Atlantic corporate structure, as well as with “its tourism partners to ensure that all customers feel welcome regardless of their gender identity.” The new policy is an extention of a 2019 policy allowing crew to forego make-up, wear flat shoes, and show off their tattoos, if they so choose.

“Virgin Atlantic is allowing male cabin crew and pilots to wear skirts and female staff to wear trousers. I highly doubt there was significant demand for this change to happen. It’s nothing more than corporate virtue signalling and attention seeking,” tweeted Darren Grimes.

In 2019, Virgin Atlantic staged a “queer flight” between New York and London that was “Staffed entirely by LGBT+ pilots and cabin crew.” The airline said “the flight will be a true celebration of queer culture 38,000ft above the Atlantic.” There was an “on board DJ, Drag-Queen Bingo, Judy Garland singalong, inter-seat speed dating and special in-flight entertainment.” It was intended to “celebrate World Pride 2019.”

Only time will tell whether appealing to a tiny minority by shoving pronouns and gender identities into the faces of a weary British public will be enough to pull the struggling airline out of the hole that it’s in.