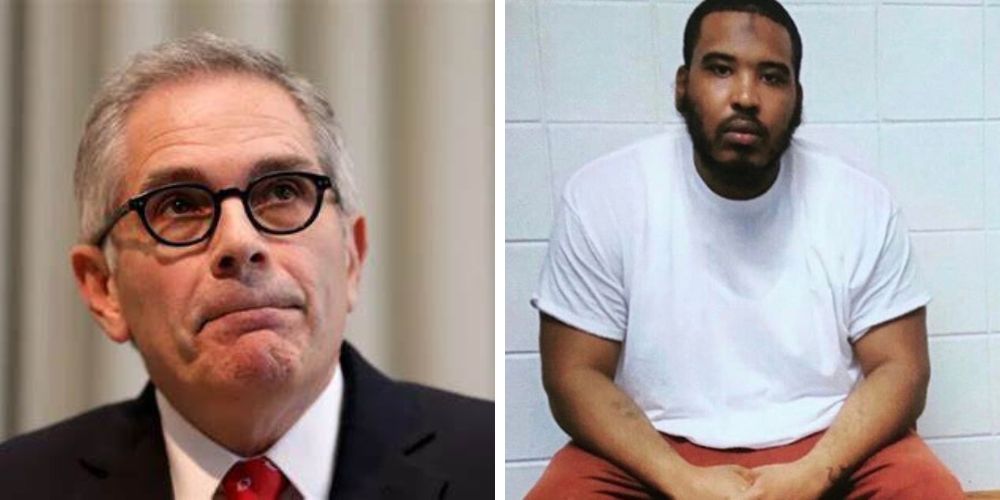 The Philadelphia Police Department (PPD) is looking for a suspect in a shooting who had previously been convicted of murder and served eight years in prison before being exonerated last year by the city's progressive district attorney.

According to Fox News, Jahmir Harris, 33, is wanted in connection to a Sept. 5 shooting that left Charles Gossett, 50, dead after a bullet hit him in the back of the head.

Harris had been convicted of first-degree murder after fatally shooting Louis Porter, 45, on Dec. 23, 2012. He served eight years in prison before he was exonerated in 2021 after his lawyer asked progressive District Attorney Larry Krasner to review the case.

The DA's office told the outlet that the convicted murderer's “constitutional rights had been violated at the time of his prosecution because information implicating another individual as the likely shooter had not been turned over to the defense council.”

The DA's Conviction Integrity Unit claimed in a 2021 objection that “Harris did not shoot Porter. Harris did not participate in the shooting death of Porter. In fact, shortly after Porter was shot, law enforcement had strong evidence implicating A.J. as the lone shooter.”

During a 2021 hearing, Judge Rose Marie de Fino Nastasi criticized the decision to exonerate Harris saying, “This court wonders how the commonwealth felt confident in releasing a murder suspect from prison when the commonwealth said one page earlier that the criminal investigation in this matter was still ongoing.”

The city is now offering a $20,000 reward for information leading to Harris' location.

Last month, the leftist DA claimed violent crime was worse in “Trump states” and denied his soft-on-crime policies were to blame for Philadelphia’s spiking crime rate.

While taking aim at attempts to impeach him, Krasner said on Good Day Philadelphia, “These states in the United States that have a rate of homicide that is 40 percent higher are MAGA states, they are Trump states.”

According to data on the District Attorney’s website, 49 percent of gun possession charges and 66 percent of violent offenses were withdrawn or dismissed in 2021.

As of last month, over 1,700 people have been shot in Philadelphia, which also set a record last year with 561 homicides. Armed robberies are up 59 percent and commercial burglaries increased by almost 50 percent.

So far in 2022, there have been 403 fatal shootings, according to the city’s controller.