Petition launched to protect children from drag shows in Tennessee 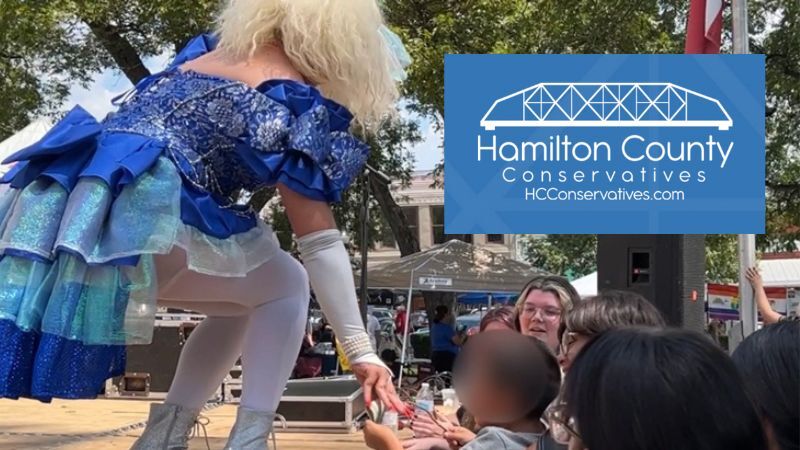 A petition has been launched in Tennessee calling for drag shows in the state to have an age limit for attendees.

The group Hamilton County Conservatives issued a press release on October 6, demanding that drag shows have an age limit of 18 and over. The group is circulating a petition which they plan to present to the state’s legislature.

“In light of the increased sexualization of our children, the Hamilton County Conservatives are leading the way in demanding change,” the press release states. “The sad truth is that right now, our government is not protecting our children.

The group referenced a recent drag show clip that went viral, showing a young girl approaching a performer who dressed as the Disney princess Ariel from the Little Mermaid. In the clip the child can be seen placing her hand on the performer’s crotch.

The “family-friendly drag show” occurred in Chattanooga, Tennessee in September.

“If we can make it work here in Tennessee, this would be a great law to pass across the country to protect the children of the United States,” said Widener.

Widener noted that several state legislators have expressed interest in making this proposed age limit a law, with the petition gaining support amongst Tennesseans, according to the group.

The petition has gained over 1,000 signatures as of Monday afternoon.

“The best laws are those that are moral, constitutional, practical, serve the greater good, are supported by the majority of the citizenry and protect the most vulnerable among us,” the petition’s website states.

“This is why we, the people of Tennessee, are petitioning our state legislators to pass a law stipulating that all drag shows or events featuring drag performers must be for persons 18 years and older only. No one under the age of 18 shall be permitted to attend, even in the company of their parent or guardian,” it adds.

Drag shows have been receiving backlash in recent months, with children either attending regular performances that are usually aimed at an adult audience, with skimpy outfits and highly suggestive movements, or attending “family-friendly” versions of these events, which can veer towards adult content.