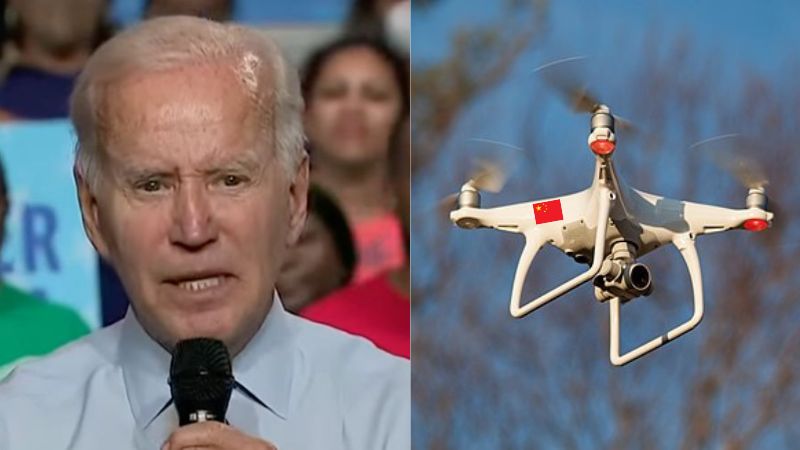 American agencies including the FBI, DHS, and various other law enforcement groups are using drones made by a Chinese military company.

The Washington Examiner reports that the US Department of Defense added Shenzhen DJI Sciences and Technologies, a company backed by Beijing, to a growing list of Chinese military companies operating within the US this week.

A statement from the Pentagon read, “The Department is determined to highlight and counter the People’s Republic of China’s Military-Civil Fusion strategy, which supports the modernization goals of the People’s Liberation Army by ensuring its access to advanced technologies and expertise are acquired and developed by PRC companies, universities, and research programs that appear to be civilian entities.”

A large number of Chinese companies were added to the growing list of Chinese military companies in June 2021, including the large CCP-ran telecommunications company Huawei.

As The Post Millennial has reported, Huawei was implicated in a vast financial conspiracy to undermine US sanctions in 2019.

Shenzhen DJI was added to the list along with 11 other companies this week and may lead to restrictions to the company’s operation in the US.

In December 2020, the Commerce Department added Shenzhen DJI to its blacklist.

In December 2021, the Treasury Department defined them as a “Chinese Military-Industrial Complex” entity.

The Treasury Department added that Shenzhen DJI provided drones to the Xinjiang Public Security Bureau, a group known for human rights abuses, for the sake of spying on Uyghurs in Xinjiang.

Republicans in Congress have tried to ban federal agencies from buying military hardware from China but Democrats have stymied those efforts.

Shenzhen DJI spent $380,000 only from April to June 2022 towards lobbying efforts to their supporters in Congress.