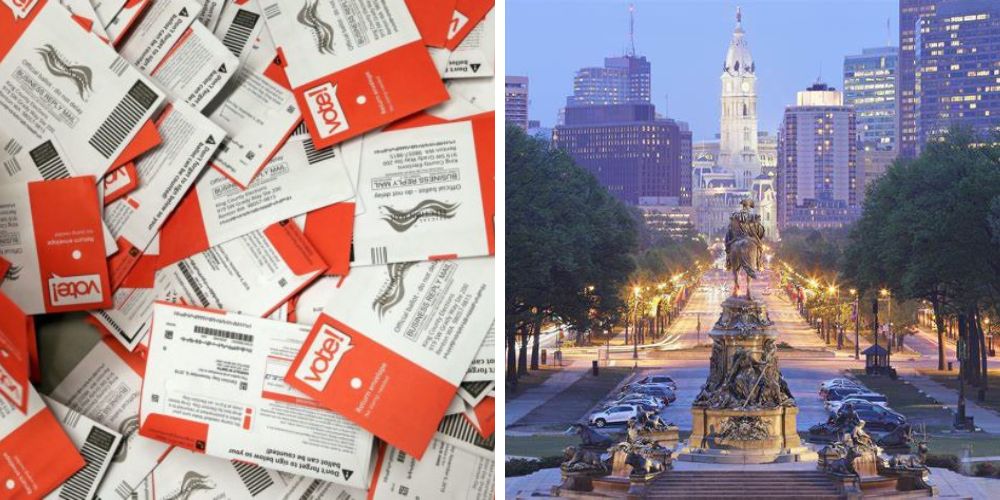 The Republican National Committee filed a lawsuit Monday against the commonwealth of Pennsylvania after the US Supreme Court ruled undated ballots cannot be counted in an election.

The lawsuit argues that Pennsylvania law requires a voter to provide a date because many of mail-in ballots are returned with undated envelopes. The suit asks the Pennsylvania Supreme Court to order counties to segregate the undated and any incorrectly dated ballots.

Republicans denounce Pennsylvania Democrat Secretary of the Commonwealth Leigh Chapman who has said she will ignore the Supreme Court’s ruling which concluded the dating requirement was mandatory in 2020. The ruling was reaffirmed by the court again earlier this year.

A joint statement by RNC Chair Ronna McDaniel, National Republican Congressional Committee Chair Rep. Tom Emmer, (R-MN), and PAGOP Chairman Lawrence Tabas slammed Democrats’ “brazen defiance” of election law. “As the Pennsylvania legislature and U.S. Supreme Court have made clear, undated mail-in ballots should not be counted. Republicans are holding Pennsylvania Democrats accountable for their brazen defiance of the Supreme Court and the rules duly set by the legislature. Pennsylvania Democrats have a history of election integrity failures and Pennsylvanians deserve better: this lawsuit is the latest step in Republican efforts to promote free, fair, and transparent elections in the Keystone State.”

According to the GOP release, Democrats have made Pennsylvania a national “laughingstock” regarding elections. “Pennsylvania Democrats’ consistent disregard for the election rules set by the legislature has resulted in Pennsylvania being a national election administration laughingstock. This is the second time in recent weeks that the RNC has brought litigation to remedy these types of issues.”

“The @GOP, @NRCC, and @PAGOP are suing the Commonwealth of Pennsylvania,” McDaniel tweeted Monday. “As the Supreme Court has made clear, undated mail-in ballots should not be counted.”

She added, “Pennsylvania Democrats have a history of undermining election integrity and ignoring rules set by the PA legislature. Republicans are stepping in to promote free, fair, and transparent elections in the Keystone State.”

According to the release, this is the second time in recent weeks that the RNC has brought litigation to remedy these types of issues and the RNC is involved in 71 cases of election integrity litigation in 20 states this cycle.