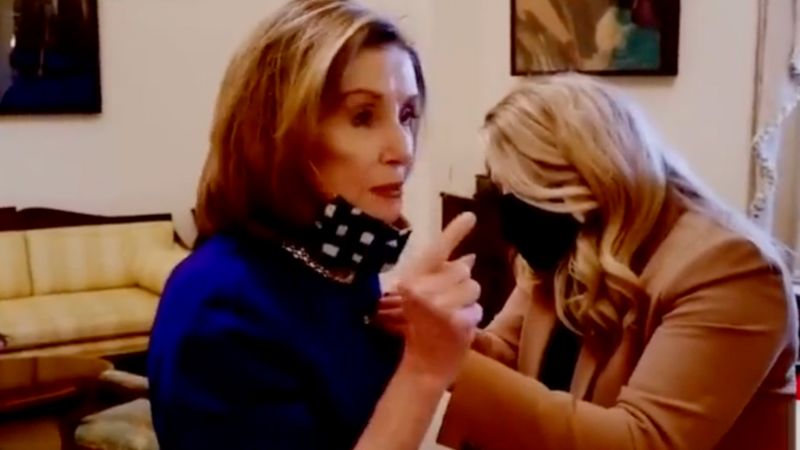 House Speaker Nancy Pelosi said she was going to “punch” former President Donald Trump on January 6 as he gave a speech at his “Stop the Steal” rally in a video shot and produced by her daughter, documentary filmmaker, Alexandra Pelosi, who was professionally filming the events of January 6 by her mother's side before the riot.

On Thursday, the January 6 committee voted to subpoena the former president in regard to his role on January 6.

Alexandra Pelosi then offered behind-the-scenes footage to CNN in an exclusive.

Pelosi offered her pugilistic remarks in response to her chief-of-staff, Terri McCullough, informing her that the Secret Service dissuaded Trump from heading towards the Capitol.

In the footage, Pelosi, who prior to January 6 was on record requesting no National Guard and a limited Capitol Police presence the day of the “Stop the Steal” rally, is seen frantically and performatively calling Virginia Governor Ralph Northam and requesting he send in the Virginia National Guard. She calls DC Mayor Muriel Bowser and asks for help as well.

Deadline described the footage, some of which has the HBO watermark, as “riveting” as it shows various members of Congress in various histrionic states on January 6.

“I worry about you being in that Capitol room,” Pelosi told former Vice President Mike Pence. “Don’t let anybody know where you are.”

The January 6 documentary footage was filmed, edited, and appears to have been color-corrected and audio-mixed.