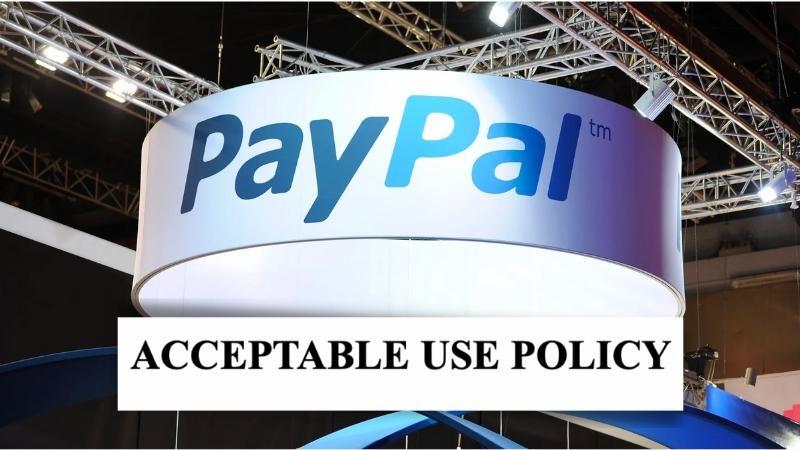 PayPal has updated their policy so that they may fine users for thousands of dollars for violating its new rules prohibiting the promotion of “misinformation” and “hate, violence, racial or other forms of intolerance that is discriminatory.”

The financial services company, widely used as an online payment system, will expand its “existing list of prohibited activities” on November 3, according to a Daily Wire report. Among notable changes to its terms of service are the banning “the sending, posting, or publication of any messages, content, or materials” that “promote misinformation” or “present a risk to user safety or wellbeing.”

According to PayPal's new “Acceptable Use Policy,” inciting “discrimination of protected groups” including gender identity and sexual orientation or spreading “misinformation,” — a term that the company did not define or expand upon — could cost users $2,500.

Financial sanctions on users who violate the new policies will be at the “sole discretion” of PayPal, as the company's user agreement contains a clause in which customers acknowledge that $2,500 is “presently a reasonable minimum estimate of PayPal's actual damages” due to the costs of keeping tabs on violations, as well as damage to the company's reputation.

“Under existing law, PayPal has the ability as a private company to implement this type of viewpoint-discriminatory policy,” said Aaron Terr, a senior program officer at the Foundation for Individual Rights and Expression, to the Daily Wire. “Whatever motivation PayPal has for establishing these vague new categories of prohibited expression, they will almost certainly have a severe chilling effect on users' speech. As is often the case with ill-defined and viewpoint-discriminatory speech codes, those with unpopular or minority viewpoints will likely bear the brunt of these restrictions.”

The move comes just days after PayPal canceled three accounts connected to Toby Young, founder of the British nonprofit Free Speech Union. Young is a commentator who lambasts cancel culture as a tool of the elite to silence disempowered groups.

“Free speech has historically benefitted [disempowered groups] rather than the powerful and the privileged, be it in the case of the Civil Rights Movement, the suffragettes, or the gay rights movement,” Young said to Varsity. “If you allow the authorities to dictate who can and cannot speak, they’re gonna favor the powerful. We need institutional and legal defenses for neutral speech rights which everyone can take advantage of regardless of their ethnicity, race, religion, or political point of view.”

Young's organization has defended clients such as British actor and comedian Russell Brand, who recently moved his popular online show from YouTube to the anti-censorship platform Rumble.

According to Young, PayPal had originally told him that he had violated its policy regarding the promotion of “hate, violence or racial intolerance,” then changed tune, arguing that he had been “spreading Covid-19 misinformation.”

PayPal later restored his accounts after receiving backlash from lawmakers. The company then apologized to Young for “any inconvenience caused,” according to a Telegraph report.

PayPal has also recently permanently suspended the group Gays Against Groomers, an organization that opposes the sexualization and indoctrination of children. Founder Jamie Michell told Fox News host Tucker Carlson that they're “not scared by this. We're not intimidated. We're not going to stop.” Gays Against Groomers has also been banned from Venmo, another popular online payment service.

PayPal featured a rainbow-colored LGBTQ+ pride banner on its social media pages throughout the month of June to signify that the platform is “open for all.”

Other outspoken conservatives such as evolutionary biologist Dr. Colin Wright and journalist Ian Miles Cheong have also been suspended from PayPal.