‘Our Magnificent Diamond’: Trump Remembers Key Ally Who Passed Away 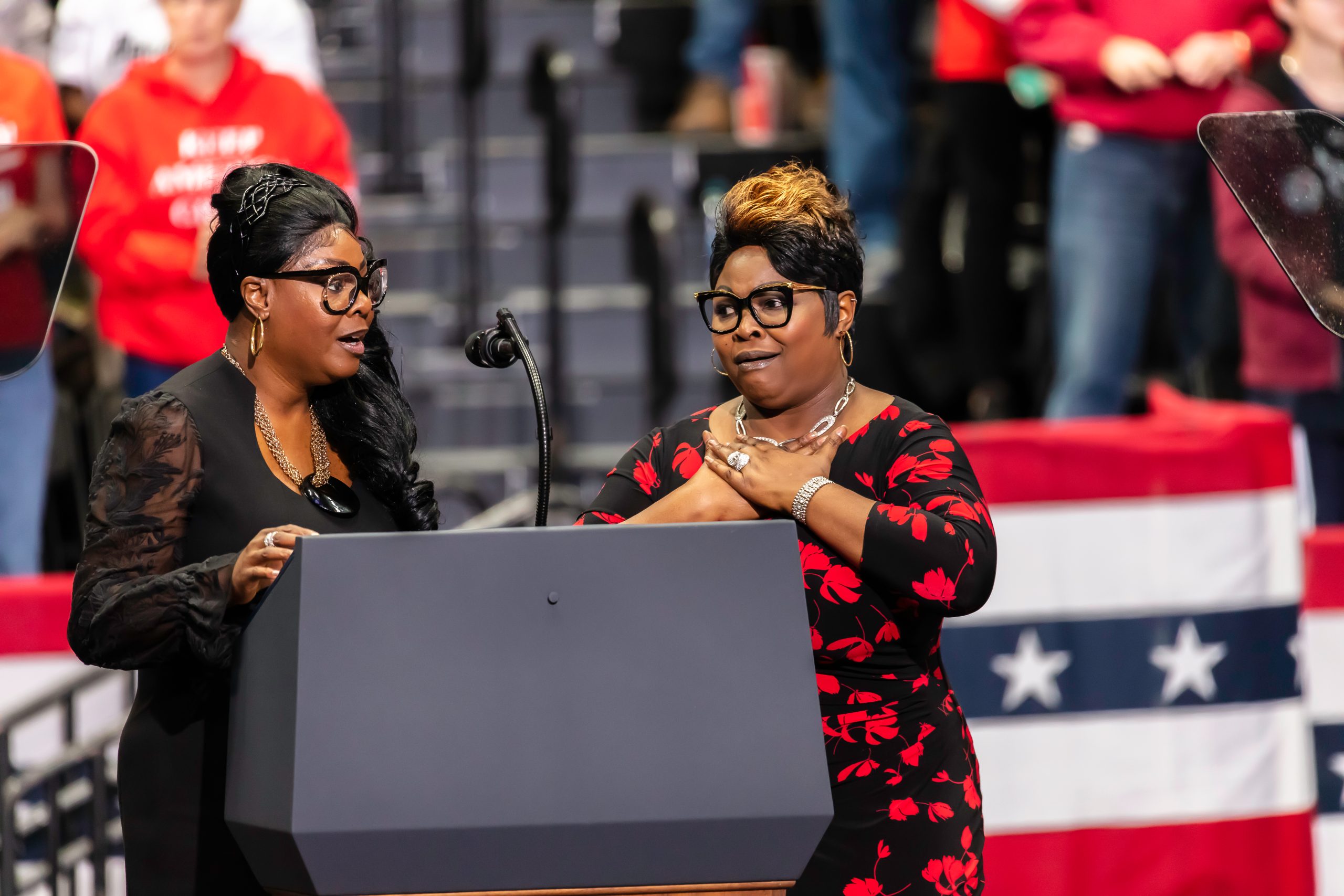 Lynette “Diamond” Hardaway, one-half of the venerable conservative team of ‘Diamond and Silk' from Fayetteville, North Carolina, passed away at the age of 51 on Monday.

The conservative pair's Twitter profile notified the followers of her passing late on Monday evening. “The World just lost a True Angel and Warrior Patriot for Freedom, Love, and Humanity!”

Contributions towards Preserving Diamond’s Legacy are only being accepted at the following link:https://t.co/g6J6NlBXE7

The tweet did not reveal the cause of Hardaway's death. However, in a message on Truth Social, Trump suggested that Diamond may have suffered from a heart-related illness.

Trump took to his Truth Social platform to express his condolences. He wrote, “Really bad news for Republicans and frankly, ALL Americans. Our beautiful Diamond, of Diamond and Silk, has just passed away at her home in the State she loved so much, North Carolina. Silk was with her all the way, and at her passing. There was no better TEAM anywhere, or at any time! Diamond’s death was totally unexpected, probably her big and precious HEART just plain gave out. Rest In Peace our Magnificent Diamond, you will be greatly missed!”

In 2018, Diamond and Silk began hosting their own Fox Nation show after being frequent guests on Fox News. The show ran for approximately two years until April 2020 when the duo was cut from Fox Nation after voicing dissenting opinions on the Covid-19 pandemic.

After a few months, they launched “Diamond and Silk: Crystal Clear” on Newsmax on Saturday evenings from 2020-2022. Newsmax Media CEO Christopher Ruddy had spoken of the pair as “the cutting edge of political opinion on cable news today — honest, patriotic, sometimes controversial and always entertaining,” according to Newsmax.

Check out their last show together from December 15th featuring molecular biologist Dr. Christina Parks and a discussion about Covid-19.

The Twitter message from Diamond & Silk's official account directed audiences to a page to preserve “Diamond's Legacy” which can be found at “the following link.” The tweet requested privacy for Diamond's family, noting that a memorial ceremony is yet to be announced.