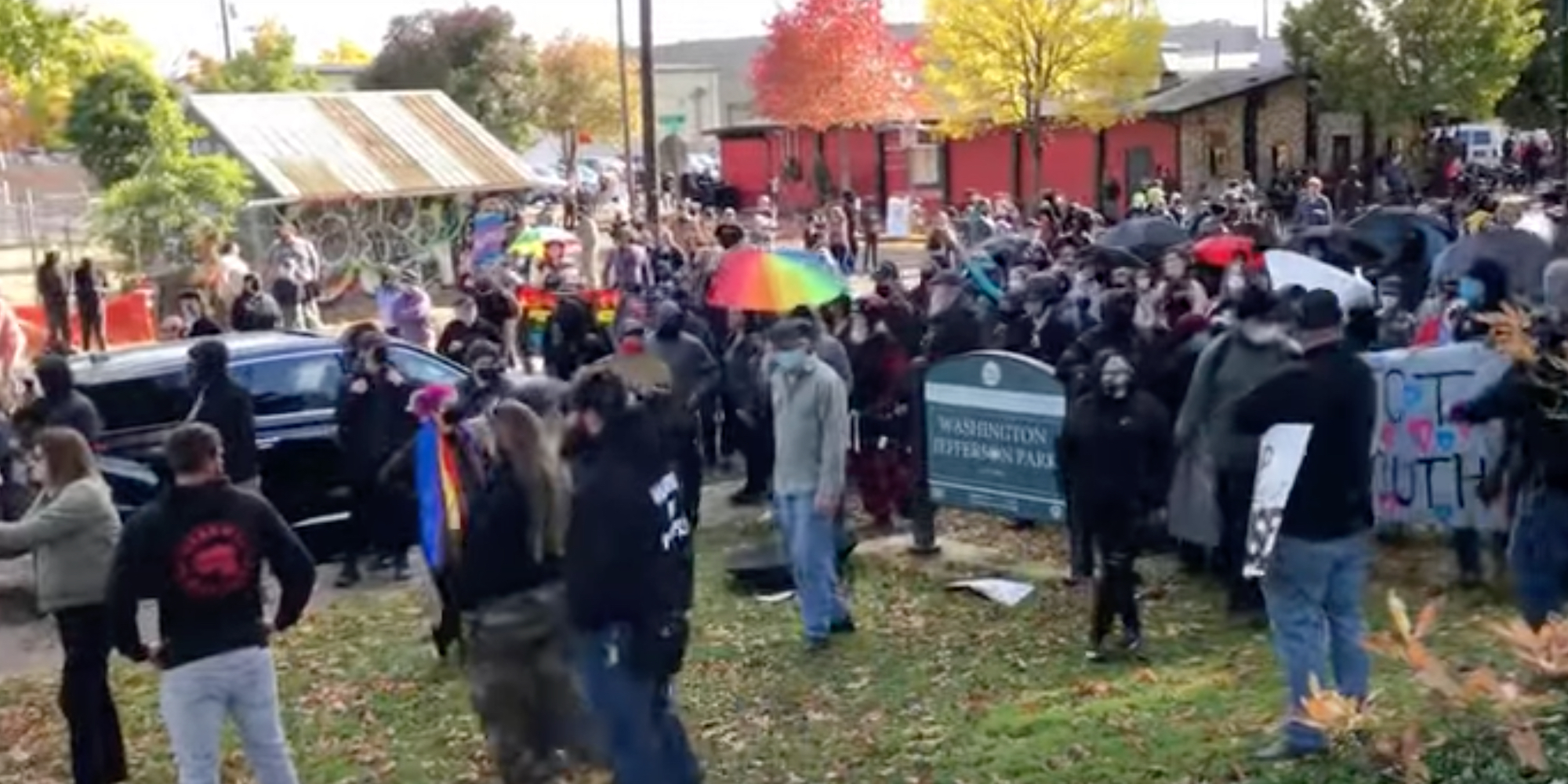 On Sunday, protestors lined the street outside Old Nick’s in Eugene, Oregon to voice their objection to a controversial drag show being hosted by the pub.

The event, which was billed by the pub as “fun and innocent,” featured an 11-year-old performer whose former “drag mom” was revealed to be in jail after being accused of child sex offenses.

Protestors ranged from those who wanted children out of the drag scene altogether to those who said being interested is ok, but actually performing went too far.

“They’re putting children on stage,” one woman who fell into the later category argued, “and grown men and women can go there, and you don’t know what kind of fetish or things they have in their mind are.”

Inside the pub, the show went on as planned, with 11-year-old “Vanellope” taking the stage as adults cheered.

In the days leading up to the event, Vanellope and one of her former drag moms were the focal points of the controversy. An investigation by The Post Millennial’s Andy Ngo revealed that Kelsey M. Boren was recently charged with child sex abuse offenses, and is currently in prison awaiting trial.

According to Ngo, multiple social media photos showed that Boren had been mentoring Vanellope since she was at least seven years old. Vanellope even went so far as adopting the name “Craving” into her own drag persona.

Vanellope’s family wrote in a statement that while she and Boren had worked together, they had “severed all ties” prior to her arrest, and thus the former drag mom “has absolutely nothing to do with the [event].”

Despite the ensuing wave of pushback, Old Nick’s insisted that the show must go on, doubling down on their promotion of the event.

On Monday, a GoFundMe was set up to help the pub pay for added security for future drag events. It has since raised over $2,000.