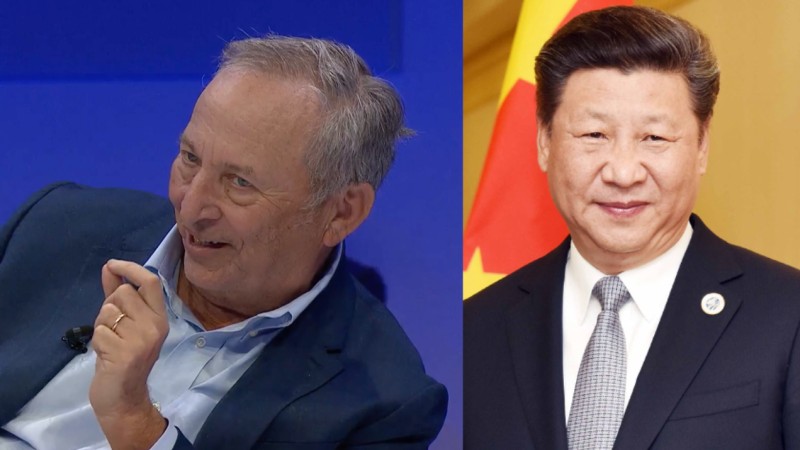 The former director of the National Economic Council spoke at the World Economic Forum (WEF) on Thursday, saying that he believes it would be a “staggering error” for the US to suppress the Chinese economy solely for the sake of the country's national security.

Larry Summers, who held the economic director position during the early years of the Obama administration, was speaking in relation to the US decision last year to restrict the export of advanced semiconductor technology to China as a means of preventing the Asian superpower from powering its supercomputers.

He goes on to explain that there are two conflicting aspects to his opinion regarding semiconductors, the combination of which is “very painful.”

“Thing one that is true,” he explained, “is I don't think we're restricting the export of anything, where there is not a reasonable argument to make, that it can contribute substantially to a weapons system.”

“Thing two that is true,” he continues, “is only five percent of what we're restricting is actually going to have anything to do with weapons systems.”

“And so I think those two facts together say that this problem of export controls is much more difficult than it used to be when we were restricting things that were for guidance systems, that didn't also have use in a wide variety of other things.”

The United States' decision to restrict exports of advanced chip technology to China has been protested heavily by Beijing, which has accused the US of economic protectionism, jeopardizing the global supply chain, and undermining trade rules.

The Netherlands and Japan have also expressed their intention to join the US in tightening controls over exports.

China had been singled out by both the Trump and Biden administrations as the most significant long-term threat to the country's national security.

FBI director Chris Wray also raised national security concerns last month about the Chinese-owned social media company TikTok, warning that control of the popular video-sharing app is in the hands of a Chinese government “that doesn't share our values.”

In a rare moment of bipartisan consensus, the House last week voted to create an Anti-CCP select committee, in an effort to assess and scrutinize China's military, economic and technological actions, and to hopefully “prevent World War III from breaking out.”