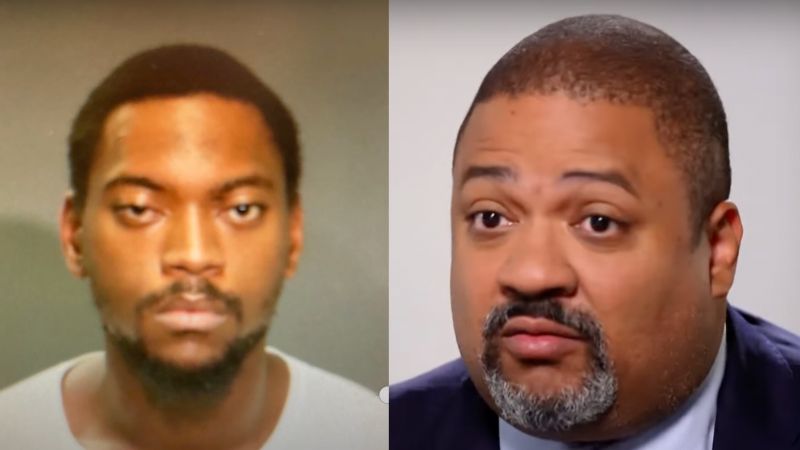 A Bronx man went on a sexual assault spree on September 15 that has one victim mad at Manhattan DA Alvin Bragg for letting him out by pleading down a previous rape of a teenager.

According to the New York Post, the 49-year-old mother of two was one of the man’s victims and cried as she said, “I can’t sleep, if I hear anything, I get up and look around. I get nervous. I get anxiety.”

Attacking the woman was part of a sexual assault spree that the suspect, 25-year-old Justin Washington, went on before he was set to be sentenced for a separate rape case a week later.

Washington committed these crimes while he was out on bail for the alleged rape of a teenage relative. He had had secured a relaxed deal with the DA where he was promised 30 days in jail and five years probation for the rape of the teen girl by pleading to the a lesser coercion charge.

“If he would have not gotten out of jail during this time, none of this would have happened. Look what he did! They should change the system. It’s not right,” said the woman, who asked to remain anonymous out of fears of retaliation from Washington.

Washington, midway through his sex crimes binge on September 15, climbed through a window to gain access to his victim’s apartment. She was doing chores but became alarmed when her pet parrot started “going crazy.” She then heard footsteps and “saw a shadow’ from the hallway.

“I twisted my body to peep in the room [and] I saw the man,” she said. “I felt chills from my head to my toes.”

“I screamed at him, ‘What are you doing here? You are not supposed to be here,'” she said before describing how he came for her and chased her into her bedroom.

“He acted crazy, like a person not mentally stable. He grabbed me by the shoulders and pushed me on the bed.”

She tried to call the cops but he knocked the phone from her hand. She tried to grab a nearby hammer but he overpowered her.

He unexpectedly stopped and began asking for money when she retook the hammer.

“I went down and grabbed the hammer. I was angry. I shouted, ‘Go out, go out.’ I broke the glass in the window so he could see I wasn’t playing, I was serious. He didn’t take me seriously,” she said.

He lunged at her and she walloped him in the head hard enough to draw blood. “He touched himself and saw the blood,” she said. “He went back out the way he came in.”

The woman’s 17-year-old daughter said “She is a very strong person, I know she will do everything in her power to defend herself.” The tenn added that she was “very, very proud” of her mom.

Washington is being held at Rikers for attempted rape, burglary, forcible touching and sexually motivated felony with a $50,000 cash bail or $150,000 bond.

His defense attorney is arguing he did not break the previous plea deal of the teenage rape victim by going on his sex crimes spree.