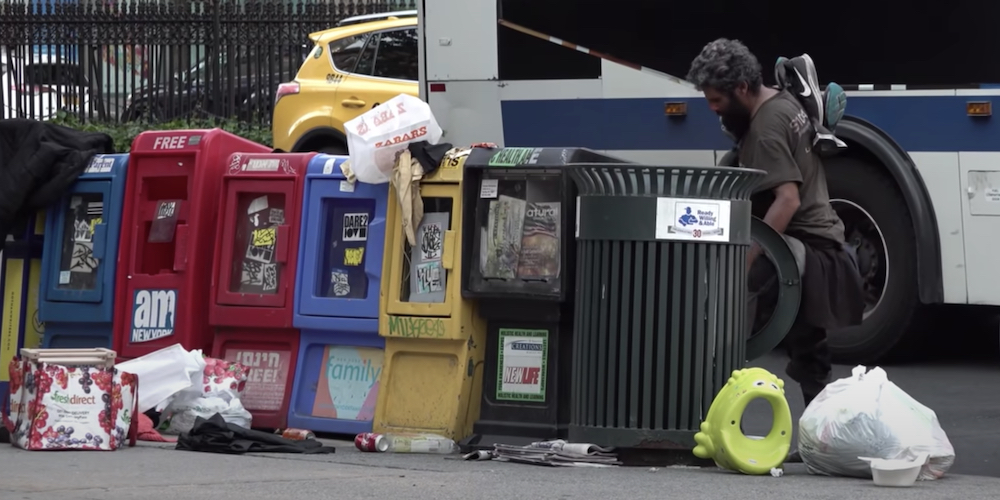 The streets of New York aren’t exactly renowned for their cleanliness, however in recent years, the situation has spiraled out of control, with addicts, homeless people, and other such vagrants becoming ubiquitous even in the city’s nicer neighborhoods.

Exposure to such people has taken its toll on everyone, especially children, who more and more parents say have been seeking therapy to cope with the impact it is having on their mental health.

According to the New York Post, a number of parents living in the city have revealed that their children, as well as many others, are “flocking to therapists.”

Cindy Sanders, a mother whose daughter attends a specialized high school in Hell’s Kitchen, said she made use of a school program to get counseling due to, among other things, the people she encounters on the streets.

“Since they just got back from COVID,” the mother explained, “the crime rate was higher, and the number of homeless on the streets was higher as well. All of it, I think, in combination created a lot of anxiety.”

She described numerous instances where her daughter was exposed to “aggressive vagrants.”

Sanders’ story is not unique. Across the city parents have revealed to the Post that their children no longer feel safe, and have sought professional help as a result.

In some cases, it has gotten to the point where kids don’t want to go outside.

According to psychiatrist Dr. Judith Fiona Joseph, while many children are simply freaked out, others come to her feeling sad.

“It can be stressful, especially with the sensitive children in my practice,” she said, adding that certain kids “voice concerns about seeing people suffering in the streets, people who are not getting treatment and they feel that they want to do something about it.”

In July, the Post reported that there has recently been an exodus of families from the city as a result not only of Covid, but the increasingly crime-ridden and vagrant-infested streets, which make for a less than enjoyable place to raise children.