‘No regrets’: Biden responds to his mishandling of classifieddocuments 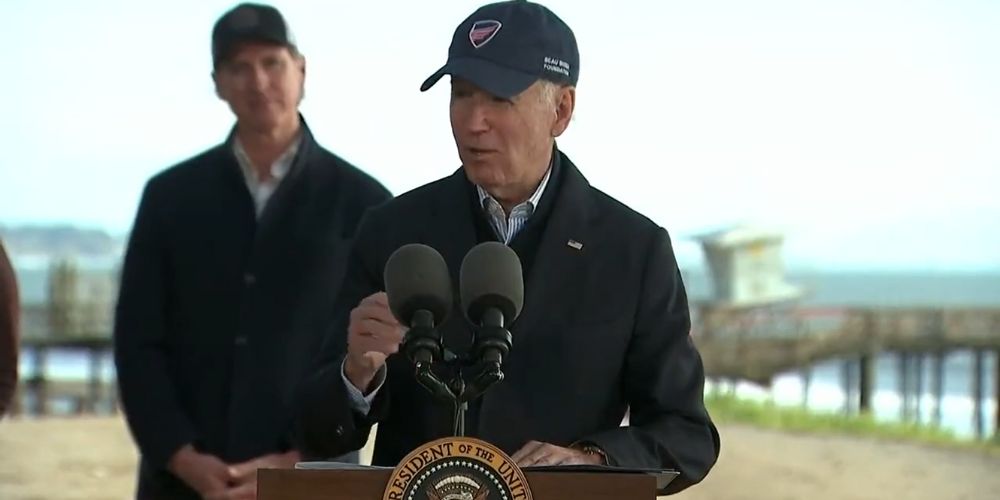 An embattled President Joe Biden said Thursday that he has “no regrets” about his handling of top-secret documents discovered at his Washington, DC office and Wilmington, Delaware home.

Following remarks Biden made while surveying the damage from recent storms in California, a reporter called out a question about the classified documents.


Biden responded, “You know what, quite frankly, bugs me is that we have a serious problem here we’re talking about. We’re talking about what’s going on. And the American people don’t quite understand why you don’t ask me questions about that.”

The reporter then asked the president if he had any regrets about not revealing the existence of those documents at the time they were discovered which was before November’s midterm elections.

Biden responded, “We found a handful of documents were filed in the wrong place. We immediately turned them over to the Archives and the Justice Department. We’re fully cooperating and looking forward to getting this resolved quickly.”

“I think you're going to find there's nothing there,” he added. “I have no regrets. I’m following what the lawyers have told me they want me to do. It’s exactly what we’re doing. There’s no ‘there’ there.”

According to the White House, Biden’s lawyers found classified documents on November 2 at the offices of the Penn Biden Center in Washington, DC, on December 20 in the garage of Biden's Delaware residence, and on Nov. 11 and 12 in his home library.

Biden had previously slammed former President Donald Trump over possession of classified documents. During a CBS interview, when Biden was asked about Trump’s handling of documents, the president responded, “How that could possibly happen, how one anyone could be that irresponsible? And I thought, what data was in there that may compromise sources and methods? By that, I mean, names of people helped or et cetera. And it's just totally irresponsible.”