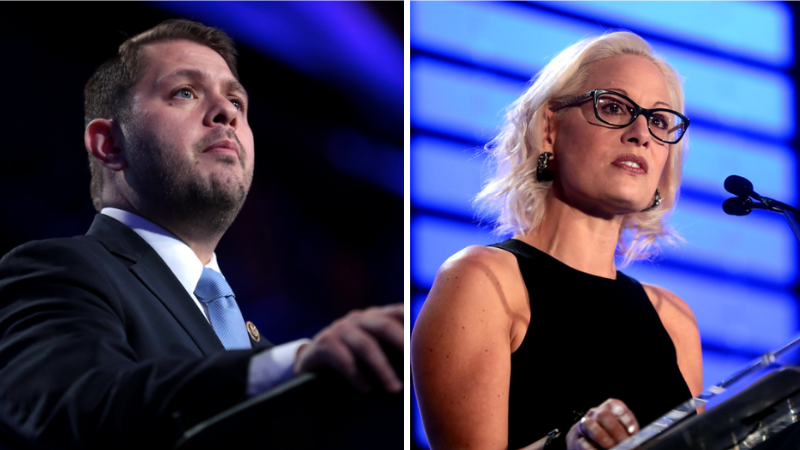 Rep. Ruben Gallego has announced that he will be running for the US Senate seat in Arizona currently held by Kyrsten Sinema, a former Democrat who just last month left the party to register as an independent.

Gallego made the announcement on Monday morning, tweeting a couple of videos, one in English and one in Spanish, explaining his decision, stressing his upbringing as a poor first-generation immigrant as well as his military experience.

“The rich and the powerful, they don’t need more advocates,” he says in his announcement. “It’s the people that are still trying to decide between groceries and utilities that need a fighter for them.”

Gallego's announcement paves the way for a potential three-way battle in 2024, as several high-profile Republicans, such as Blake Masters and Kari Lake, are reportedly also eyeing the position, the Washington Post reported.

Sinema decided in December to drop the Democrats in order to run as an independent, much to the shock of many in her party, stating that her “title of Independent is a reflection of who I've always been.”

Gallego took aim at Sinema in his announcement, accusing her of abandoning Arizona and alleging that she has “repeatedly broken her promises, and fought for the interests of big pharma and Wall Street at our expense.”

With Gallego's announcement, the Democrats are being forced to decide whether to pour their resources behind the Democratic nominee or the independent incumbent who for the most part supports Democratic views. The Democratic Senatorial Campaign Committee (DSCC) has tended to back independents who caucus with Democrats in the past.

“The Democrat civil war is on in Arizona,” Philip Letsou, a spokesman for the National Republican Senatorial Committee, said in a statement. “[Senate Majority Leader] Chuck Schumer has a choice: stand with open borders radical Ruben Gallego or back his incumbent, Senator Kyrsten Sinema.”

Sinema has made herself unpopular with some democrats following some high-profile breaks with the party line, but she has also been pivotal in negotiating bipartisan legislation, including a gun control bill.

When asked about Gallego's run for the Senate seat, she responded saying, “I'm not really thinking or talking about the election right now, although others are. I'm staying focused on the work.”