New York to ban sales of gas-powered vehicles by 2035 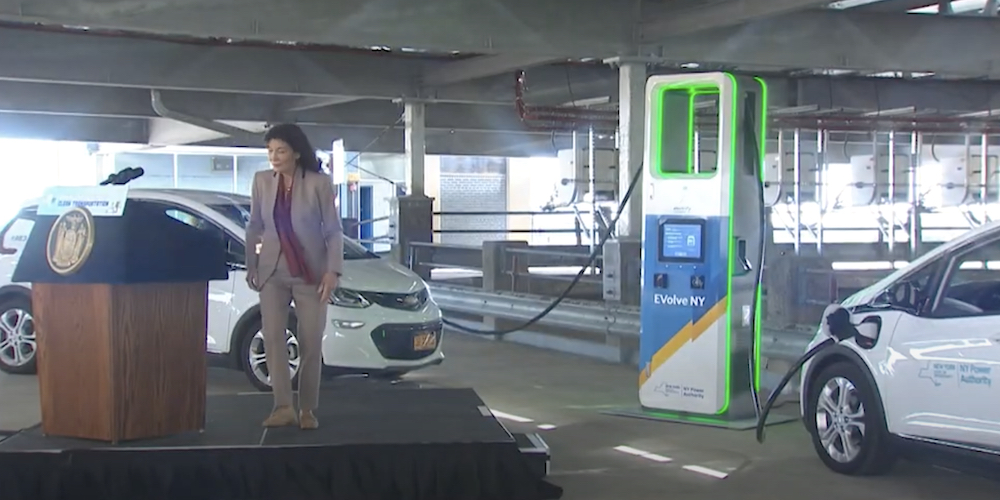 Earlier this year, the governors of California and Washington announced that by 2035, the sale of new gas-powered vehicles would no longer be allowed in their states, citing the desire to move towards “cleaner” transportation.

On Thursday, Governor Kathy Hochul revealed that New York would be joining its west coast counterparts in their crusade to get gas-powered cars off the road, introducing a plan to ensure that all new vehicles sold in the state be zero-emission by 2035.

According to a press release issued by Hochul’s office, the governor directed the State Department of Environmental Conservation to ensure that “all new passenger cars, pickup trucks, and SUVs” abide by the regulation.

After pulling up to an event commemorating “National Drive Electric Week” in an EV, Hochul delivered a speech outlining the purpose of her plan.

“New York is a national climate leader and an economic powerhouse,” she explained, “and we’re using our strength to help spur innovation and implementation of zero-emission vehicles on a grand scale. With sustained state and federal investments, our actions are incentivizing New Yorkers, local governments, and businesses to make the transition to electric vehicles. We’re driving New York’s transition to clean transportation forward, and today’s announcement will benefit our climate and the health of our communities for generations to come.”

According to the governor’s office, the state is planning on investing $1 billion in zero-emissions vehicles over the next five years, along with $5.75 million for communities to set up EV infrastructure, and $10 million for an EV rebate to entice consumers. An additional $175 million is slated to be spent on establishing “an interconnected network for reliable charging for electric vehicles traveling long-distance” across the state.

As Jalopnik reports, the plan is not set in stone. Public hearings are scheduled to take place before anything is finalized.