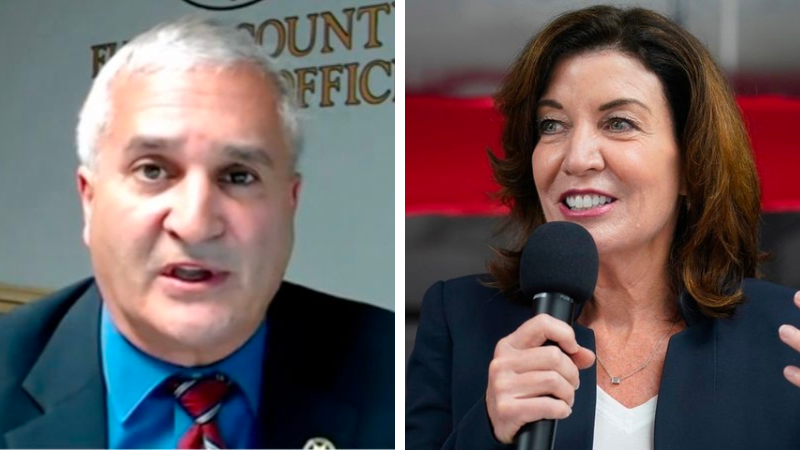 Speaking with Fox and Friends on Tuesday, Fulton County Sheriff Richard Giardino expressed concerns over the new law, which seeks to ban guns in “sensitive areas” like Times Square, religious centers, and subways.

Giardino said that he’s not refusing to enforce this new law, but instead says that he plans to enforce it only when necessary, noting a lacking of resources.

“We’re going to use our discretion to not go on complaints that say, ‘oh, my neighbor has a bulge on his side, we think he's got a gun, he’s in a store,’” he said.

“We're more concerned with the criminals who are killing people and injuring people every day on the streets,” Giardino said. “We have limited resources, we have limited money, and we're going to use that in the best capacity.”

Giardino said that his goal is to educate the public about the new state law, not to make needless arrests.

“If you go into your barber shop on August 30 and you get a haircut and you carry conceals with you, it's not a problem. On September 1, you become a felon,” he said.

“We are not going to go in and arrest people who may not be aware of the law. We're going to educate them. They also have requirements of this law that are currently in a temporary restraint that want us to look at years worth of social media accounts, review those and also wants to know who you live with. A lot of that's in a temporary holding pattern after the federal judge's decision,” he said.

Earlier this month, a federal judge temporarily blocked portions of the law to allow the Gun Owners of America to challenge the legislation.

Chief Judge Glenn Suddaby of the Northern District of New York in Syracuse ruled that large portions of the law are unconstitutional, and that the group has a legitimate case for a lawsuit against the new law, according to Fox News.