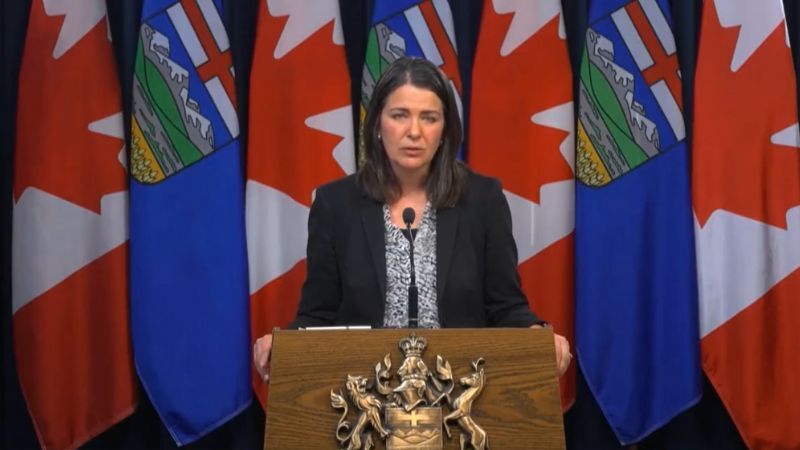 The new premier of Alberta, Danielle Smith, said Tuesday that she believes the unvaccinated “have been the most discriminated-against group” that she has ever witnessed in her lifetime.

Smith made the comments during the press conference after being sworn into office Tuesday morning.

Explaining that she didn’t want to “take away any of the discrimination” that she had seen in the 2SLGBTQ+ community or other marginalized groups, she stated: “I want people to know that we are not going to create a segregated society on the basis of a medical choice.”

“Albertans have been through so much over these last two and a half years. Our rights and freedoms have been tested,” City News reported Smith saying in her swearing-in ceremony.

“I will ensure as head of this government that those rights and freedoms are protected and will never be taken for granted again.”

The response to these comments on social media was one of shock and outrage.

Calgary Mayor Jyoti Gondek attempted a measured response saying: “Of the things I could say, I choose to focus on demonstrating to this premier the work that our city continues to do around anti-racism, Indigenous relations, Holocaust remembrance, allyship with the LGBTQ2S+ community & equity-based awareness. In other words, work that matters.”

Others stated their feelings more plainly with Dr Andrew Baback Boozary saying he could not imagine anything more offensive to the communities that have endured histories of systemic discrimination in our country.

He later took to Twitter again to explain that Smith’s comments were the result of privilege and her not seeing the “plight of others.”

“These words are shameful and a slap in the face to those who have experienced real harm,” tweeted Alberta NDP candidate Nagwan Al-Guneid. “Living under a dictatorship in Yemen taught me the value of democracy and having the freedom of choice. What a privilege it is to never have learned such a lesson, Danielle.”

“For any Alberta who [has] faced actual discrimination, this is a deeply offensive comment,” NDP Justice Critic Irfan Sabir told City News. “It is beyond pale that Smith [can’t] think of a group more discriminated against [than] anti-vaxxers.”

Sabir and the Alberta NDP are calling on Smith to apologize for her  “deeply divisive and offensive” remarks.