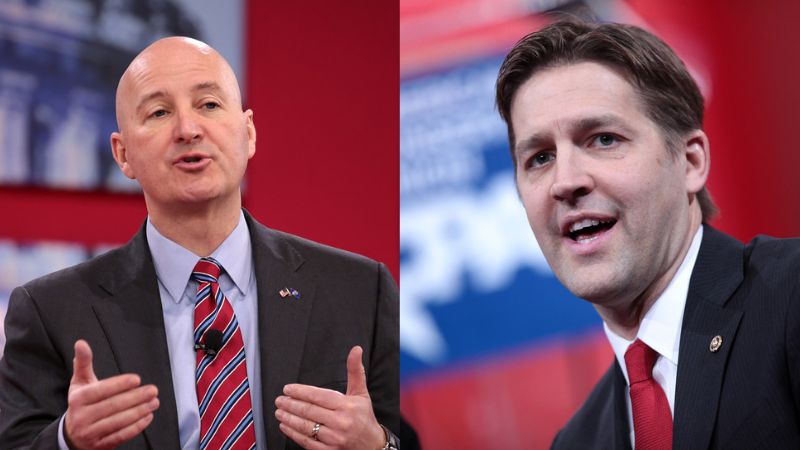 Nebraska Governor Pete Ricketts released a statement on Friday addressing speculation that he intends to appoint himself into the Senate seat left vacant by Ben Sasse, who announced he is resigning from Congress on Wednesday.

According to the Omaha World-Herald, Ricketts said, “The first I learned about Senator Sasse's plan to resign from the United States Senate was yesterday, when he called to notify me. If I choose to pursue the appointment, I will leave the appointment decision to the next governor and will follow the process established for all interested candidates.”

“It is the honor of a lifetime to serve as the governor of Nebraska. It is the greatest job in the world, and it will remain my number one focus for the remainder of my term,” Ricketts added.

Ricketts is term-limited and must vacate his role as governor this November. Republican Jim Pillen is expected to win Nebraska's upcoming gubernatorial election. Pillen had both financial and political support from Ricketts in the GOP primary.

On Twitter, Jack Posobiec wrote, “BREAKING: Governor Ricketts releases carefully-worded statement about the speculation he will appoint himself to fill Sasse's Senate seat For context, Ricketts is term-limited and his handpicked successor is poised to win the race.”

As The Post Millennial reported, Sasse is stepping down in order to accept a position at the University of Florida.

Sasse is the final contender for University of Florida president and his final obstacle is a board of trustees interview on November 1. It is expected that he will resign from the Senate soon afterward. According to Nebraska law, the governor then has 45 days to find someone to fill the vacancy.

According to the Omaha World-Herald, “Many observers believe Ricketts continues to have political ambitions” past his role of governor, which he held for 8 years, and putting himself in the Senate seat would be an expeditious political move.

An associate professor of political science at the University of Nebraska at Omaha, Paul Landow, said, “For Ricketts it is a gamble — if voters are angered by the action, they may repay at the voting booth.”

“It would be smarter to have Pillen appoint him. The political optics are better and there is a lower risk of angering voters,” Landow added while confirming that many pundits assume Ricketts will be appointed to the Senate seat “one way or the other.”