NBC pundits say Hispanics support DeSantis’ because they are racist 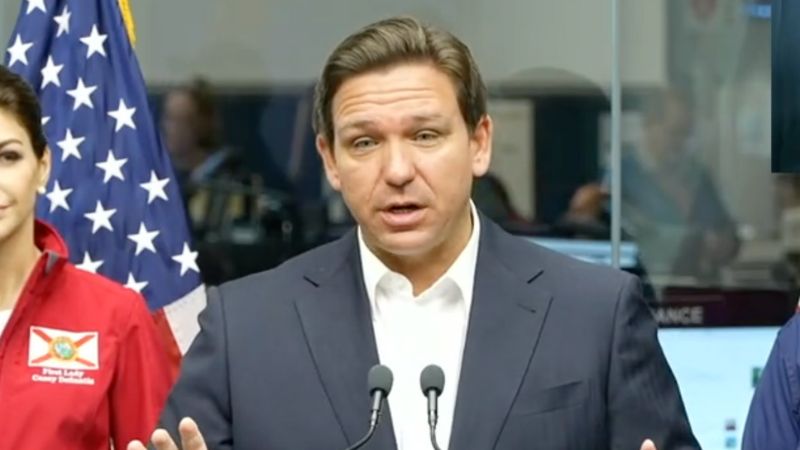 As Florida Governor Ron DeSantis gains traction among Latino voters in the state ahead of the midterm election, where he is up for reelection, left-wing pundits are attacking DeSantis’ increase in minority support, chalking it up to “racism.”

On Friday, NBC News reported that DeSantis’ support among Latino voters has experts suggesting that the incumbent governor could make him the first Republican governor to win the blue-leaning Miami-Dade County since Jeb Bush in 2002.

In response to the findings, MSNBC’s Joy Reid and The Atlantic’s Jemele Hill attacked these reports, blaming DeSantis’ growing support among Hispanic voters on racism.

“This wouldn’t surprise me at all. The Proud Boys have all but merged with the Miami-Dade Republican Party. Sociopolitically, Florida is basically morphing into Brazil,” Reid tweeted.

Hill wrote that Hispanic voters’ support of DeSantis was evidence that their “proximity to whiteness” contributed to their support of racism.

“That proximity to whiteness is a real thing. Also reminds me of an adage I heard a long time ago about how the oppressed begin to take on the traits of the oppressor,” Hill wrote.

According to NBC News, Miami-Dade is Florida’s most populous county, which is 70 percent Hispanic. In 2020, Joe Biden won the county by a 7-point lead, and Hillary Clinton won by a nearly 30-point lead in 2016. DeSantis is facing off against Democrat challenger Charlie Crist.

According to FiveThirtyEight, DeSantis currently has an 8-point lead over Crist with just over two weeks to go until election day.

“Florida’s Hispanic voters back Gov. Ron DeSantis over Democrat Charlie Crist, and they even support the Republican’s decision to fly migrants to Martha’s Vineyard, according to a new Telemundo/LX News poll,” NBC reported on Monday.