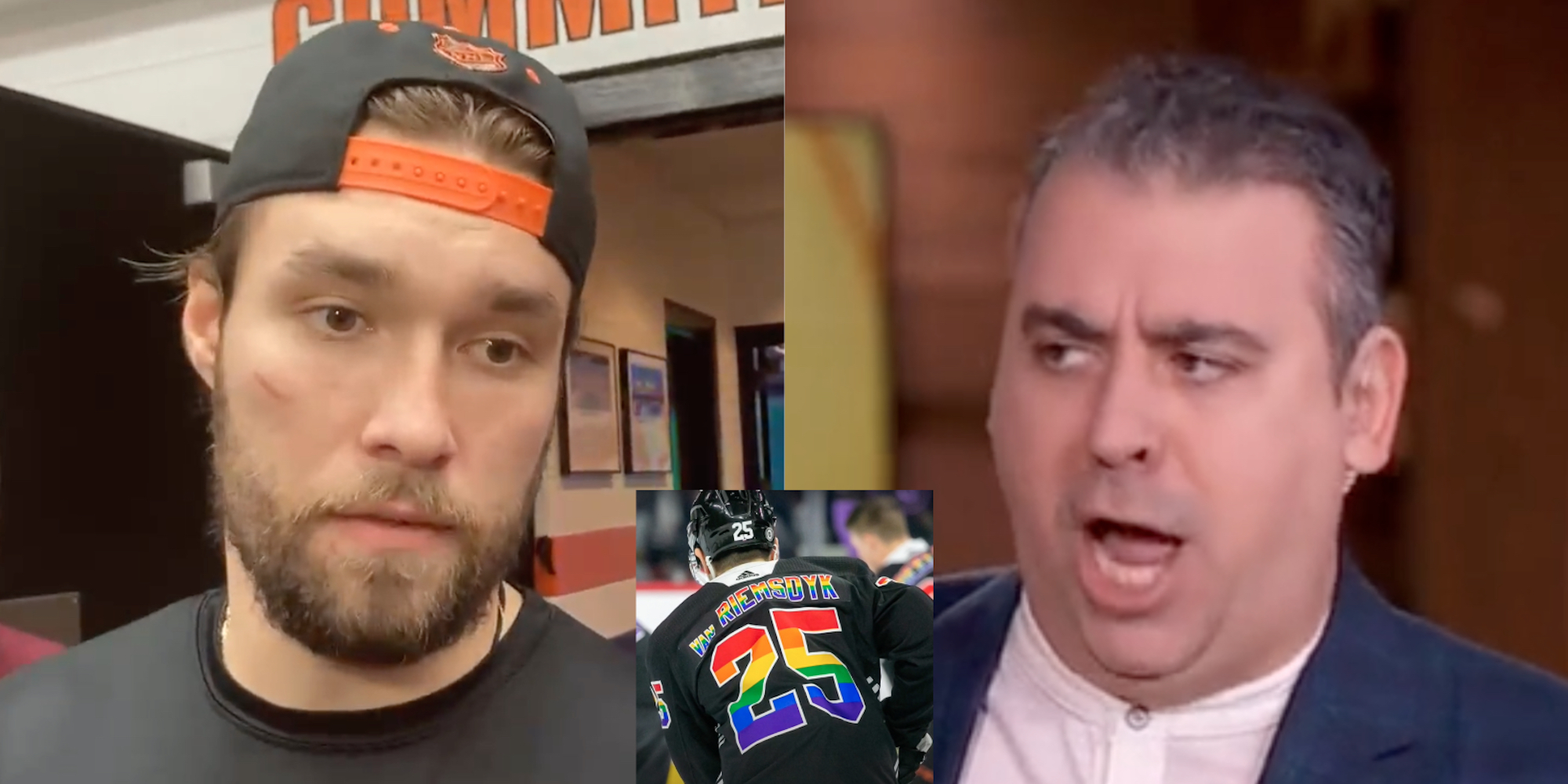 Following Flyers defenceman Ivan Provorov‘s refusal to wear a rainbow jersey for the team's “Pride Night” warmup against the Ducks on Tuesday, Breakfast Television hosts Sid Seixeiro and Dina Pugliese melted down live on air, shocked that someone might have a different opinion.

Seixeiro attacked Provorov for adhering to his religious beliefs, and went so far as to suggest that the Flyers should be hit with a million-dollar fine for his actions.

He suggested that the NHL was not doing enough to impose “repercussions” on players and coaches who refuse to go along with Pride Night and other such activities, and called on the league to fine the Flyers $1 million.

“What I heard last night was offensive, and didn't make any sense,”Seixeiro continued, arguing that if it was a military night and a player pulled the same stunt, there would be outrage.

“It was just a minute ago that we were talking about the uproar that was happening with ‘FIFA fever',” Pugliese chimed in, referencing World Cup host Qatar's strict no-LGBTQ “propaganda” policy.

“Nothing scares me more than any human being that says ‘I'm not doing this because of my religious beliefs',”Seixeiro added, suggesting that, “when you look at people's lives who normally say that publicly, you'd throw up at what you saw.”

He continued to ramble on about how the NHL needed to make Philadelphia pay, calling the whole situation “insulting.”

Provorov, who is a member of the Russian Orthodox church, defended his decision following the game, which the Flyers won 5-2. “I respect everybody's choices,” he said. “My choice is to stay true to my religion, that's all I'm gonna say.”

When reporters pressed him further, he simply replied, “That's all I'm gonna comment on that. If you have any hockey questions, I would answer those.”

Flyers coach John Tortorella stood up for his d-man, saying, “That's one thing I always respect about Provie, he's always true to himself.”