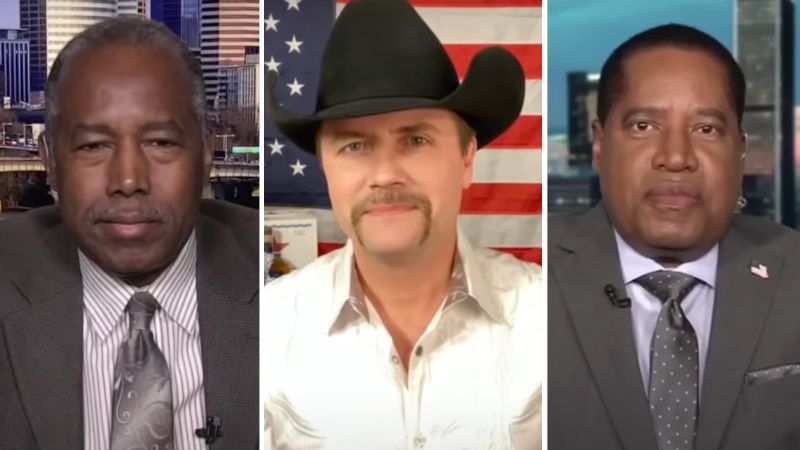 Country music star John Rich, co-founder of restaurant and bar the Redneck Riviera and the whiskey brand of the same name, and member of the country music group Big & Rich, has teamed up with Larry Elder and Ben Carson to purchase the First State Bank of Elmore City, Oklahoma, rename it Old Glory Bank, and launch it as a pro-America financial institution.

According to a press release, “Old Glory Bank states it will be the first chartered bank to openly support America, its flag, freedom, patriotism, the military and first responders. Old Glory Bank promises it will never cancel law-abiding customers for their beliefs or for exercising their lawful rights of free speech.”

Ben Carson is a retired neurosurgeon and served as Housing and Urban Development Secretary under former President Donald Trump. Larry Elder is a conservative commentator who ran for Governor of California in a recall election in 2021. The trio purchased First State Bank, Oklahoma's first and oldest bank, in 2022 with their Old Glory Holding Company.

Rich said, “It’s been dismaying to see the political weaponization of the financial system. Old Glory Bank was created to be the full banking solution for folks who still believe in freedom and the greatness of America.”

In January of 2022, Minnesota Bank and Trust moved to cancel MyPillow founder Mike Lindell's bank accounts for his political activism. In recent years, banks and online financial groups like PayPal and Venmo have moved towards canceling customers along political lines.

The former co-president of Fox News and president of Fox Business News, William Shine, serves as executive chairman of the Old Glory enterprise, which is backed by the Federal Deposit Insurance Corporation.

Ben Carson said, “Old Glory Bank will serve lower- and middle-income Americans and those Americans that other banks have marginalized and ignored, hard-working patriots who keep this country running every day.”

According to the press release, “One of the many features of Old Glory Bank will be its charitable round-up program where customers have the option to 'round-up' to the nearest dollar each time they use their Old Glory Bank cards.”

One of the charities Old Glory will support is Folds of Honor, a nonprofit located outside of Tulsa, Oklahoma that provides scholarships for the children and spouses of “fallen or disabled military” and “first responders.”