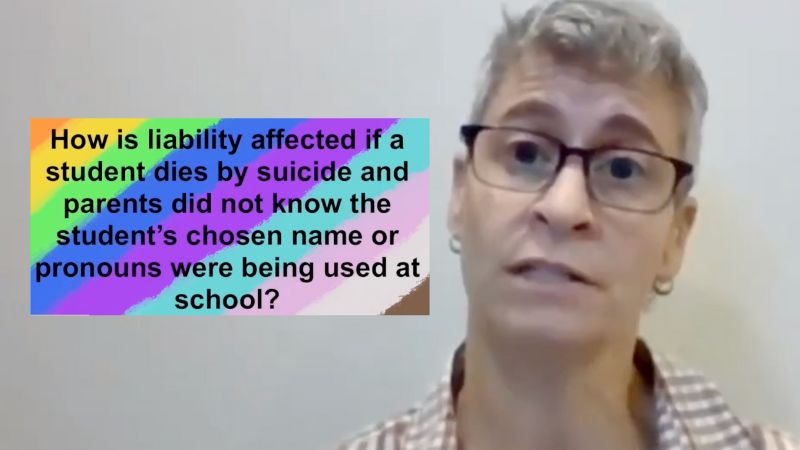 On Thursday, the Michigan Senate passed a resolution condemning the state’s Department of Education training videos pertaining to gender identity and sexual orientation, and how teachers were instructed to keep changes in a students identity a secret from parents.

“The fundamental right of parents over the upbringing of their children has been unequivocally established in the United States. Parents are in the best position to know their children’s needs and circumstances, and therefore should maintain authority over all information and decisions that could impact the health and all-being of their children,” the legislation begins.

“This not only puts a child’s life at risk, but it also denies parents their fundamental right to protect the health and safety of their children,” the legislation states.

The bill calls the statements made in the videos “all-out affront to our constitution,” which “clearly establishes that parental rights are sacred and secured.”

“The offensive nature of these videos cheerily represents the out of touch perspective of the Michigan Department of Education and this Administration who routinely demonstrate their disdain for parents and parents’ rights.”

The legislation states that school’s withholding such information from parents infringes upon a parents “fundamental right to direct the care, teaching, and education of their child.”

“Parents have the right to direct any discussion regarding these topics with their children,” the bill states. “Michigan’s public schools should not promote exploration of gender identity, gender fluidity, or sexual orientation without parental consent. These topics are highly sensitive and, at the very least, require active involvement of parents who are the primary principals in their children’s development.”

As revealed by Christopher Rufo last week, these training videos revealed that teachers received the recommendation of keeping a child’s change of name and pronouns a secret from parents, even if the child is suicidal.

These videos first occurred in 2020, and were repackaged and used for the 2021-22 school year.

“Schools don’t have a legal obligation to tell parents that a student goes by a different name or pronouns than their legal name,” Kim Phillips-Knope, lead of the LGBTQ Students Project, tells educators.

Later in the session, Phillips-Knope is asked the question: “How is liability affected if a student dies by suicide and parents did not know the student’s chosen name or pronouns were being used at school.” Phillips-Knope said in response that educators should inform the parents, but to do so in a way that keeps a child’s “chosen name and pronouns” a secret.