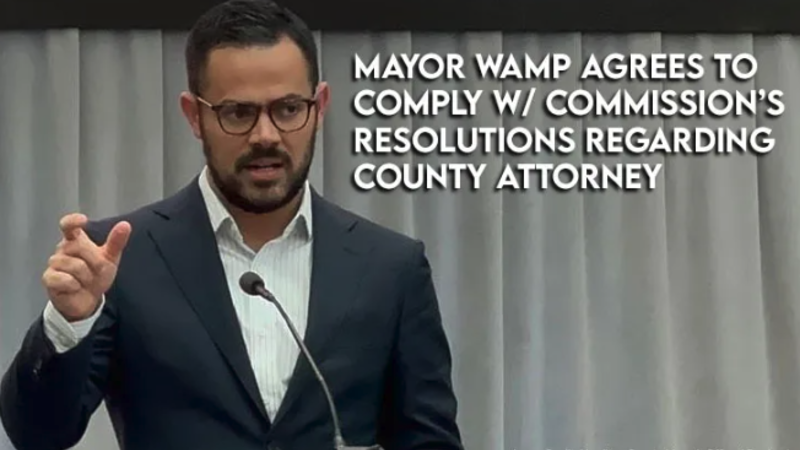 Prior to the new county mayor’s statement, the Commission has discussed taking possible legal action against him.

At the meeting, the panel reviewed resolutions it had passed in support of longtime County Attorney Rheubin Taylor, who received a termination letter from new mayor Wamp.

Saying he was operating on a four-year contract, Attorney Taylor has declined to leave his position.